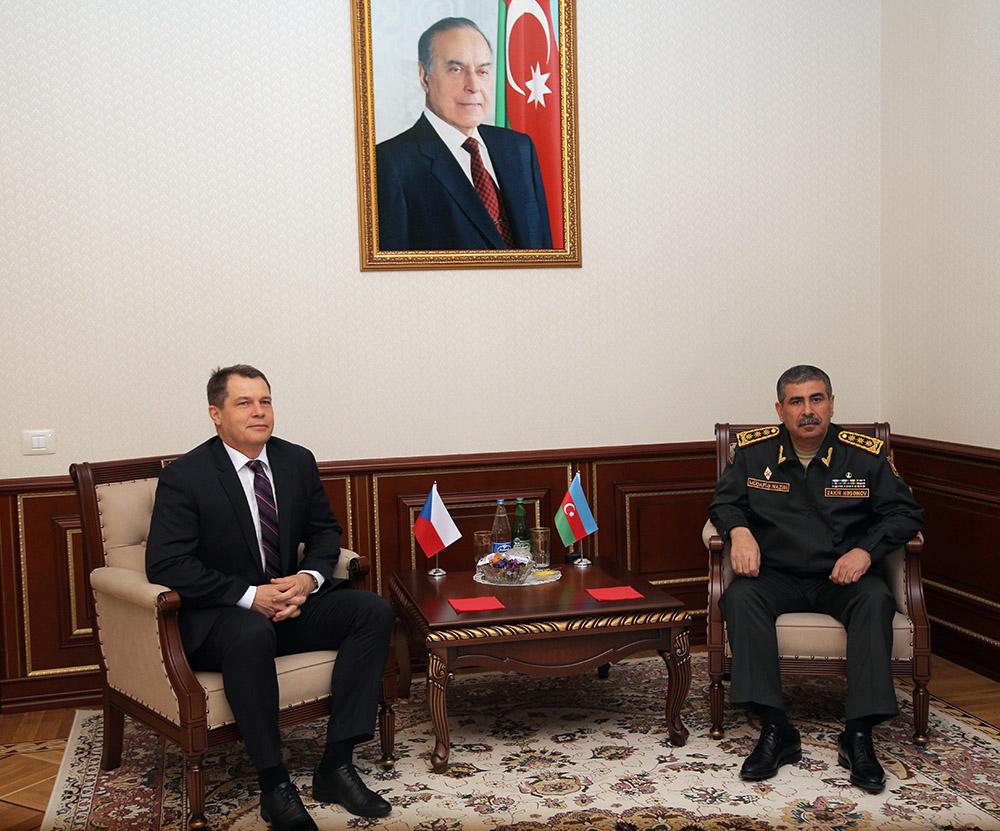 Baku. 11 April. REPORT.AZ/ Minister of Defense of the Republic of Azerbaijan, Colonel General Zakir Hasanov met with the Ambassador Extraordinary and Plenipotentiary of the Czech Republic to Azerbaijan, Vitezslav Pivonka, Report was told by the press-service of Ministry of Defense.

Touching upon the military and political situation in the region, the minister noted that as a result of Armenia's continued aggressive policy, the peace process has slowed down and the delay in negotiations negatively affects the situation in the region as a whole.
During the meeting, the sides also exchanged views on the development of ties in the military and military-technical sphere and discussed other issues of mutual interest.