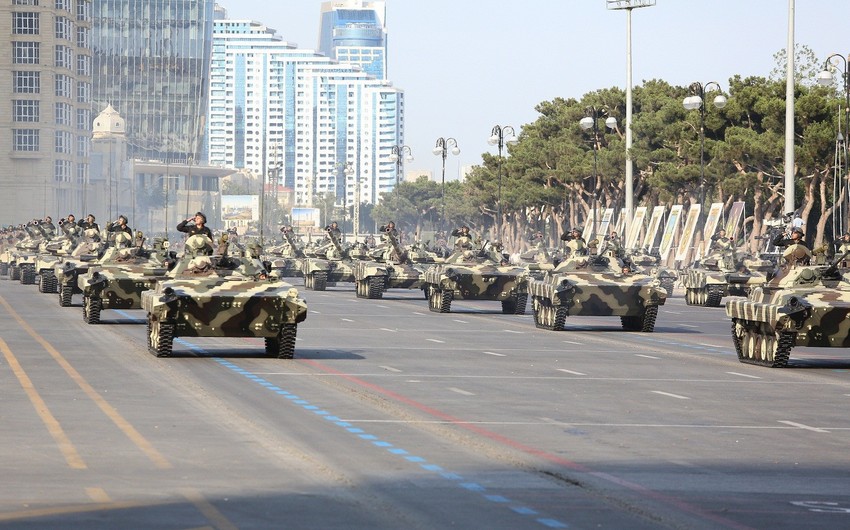 Baku. 26 June. REPORT.AZ/ 100 years have passed since the establishment of the Azerbaijani Armed Forces.

Report informs, June 26 is celebrated as the Day of the Armed Forces in Azerbaijan.

In connection with the 100th anniversary of the creation of the Armed Forces of Azerbaijan, a military parade will be held in Baku today.