Azerbaijan, Britain discuss expansion of military cooperation On September 17, the Minister of Defense of the Republic of Azerbaijan, Colonel General Zakir Hasanov met with the newly appointed Ambassador Extraordinary and Plenipotentiary of the United Kingdom of Great Britain and Northern Ireland James Sharp. 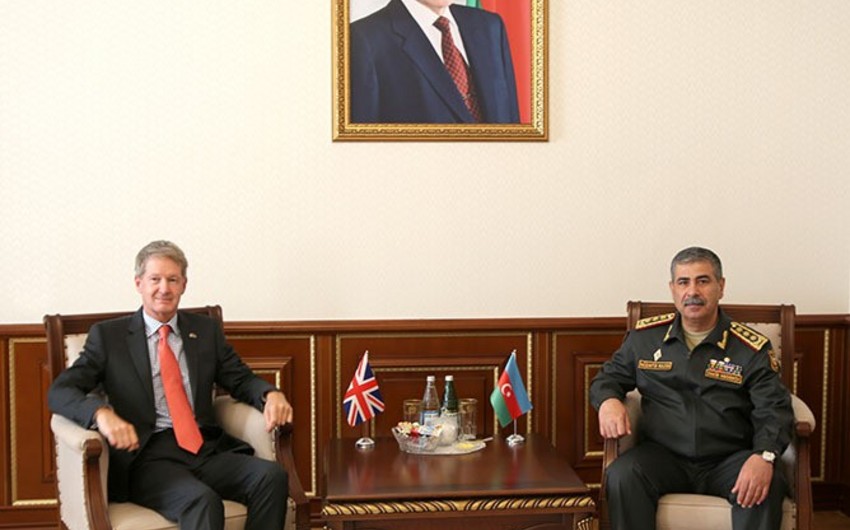 On September 17, the Minister of Defense of the Republic of Azerbaijan, Colonel General met with the newly appointed Ambassador Extraordinary and Plenipotentiary of the United Kingdom of Great Britain and Northern Ireland James Sharp.

The Minister of Defense congratulated the Ambassador on the commencement of diplomatic activities in our country and wished him success in expanding cooperation between Azerbaijan and the United Kingdom.

The Minister of Defense touching upon the military-political situation in the region stressed the continuation of the aggression policy of Armenia. He noted that despite the efforts of the Minsk Group co-chairs in the settlement the Armenia-Azerbaijan Nagorno-Karabakh conflict, peaceful negotiations are deliberately delayed by official Yerevan.

During the meeting, an exchange of views was held on the cooperation in the field of defense, including counter-terrorism and peacekeeping operations.

The parties emphasized the great potential for military-technical cooperation between the two countries and the importance of expanding these capabilities.

The meeting also highlighted the need for implementing agreements reached in the field of military education, continuing military English courses and increasing the number of students attending these courses.

The Ambassador expressed satisfaction with the beginning of diplomatic activity in our country and stressed that he would make every effort to develop Azerbaijan-UK relations, in particular, cooperation in the military field.

J. Sharp, in turn, stressing that the United Kingdom recognizes the territorial integrity of Azerbaijan and treats it with respect, noted that his country is a supporter of a peaceful solution to the Nagorno-Karabakh conflict, adding that this is also important in terms of the development and security of the South Caucasus.

The British diplomat also emphasized the importance of strengthening joint efforts in the fight against new challenges and threats to regional stability and security, as well as expressed gratitude to Azerbaijan for its active participation in the peacekeeping operations in Afghanistan.

The parties discussed aspects of regional and bilateral cooperation, the security of the Caspian Sea and important strategic infrastructures, as well as a number of other issues of mutual interest.

Then, the British diplomat introduced to Defense Minister the newly-appointed military attaché of the UK in Azerbaijan, Lieutenant Colonel Antoni Brumwel.

Defense Minister congratulated the military attaché on the beginning of the military-diplomatic mission in Azerbaijan and wished him success in his future activities in expanding relations between the armies of the two countries. 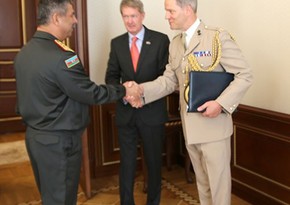