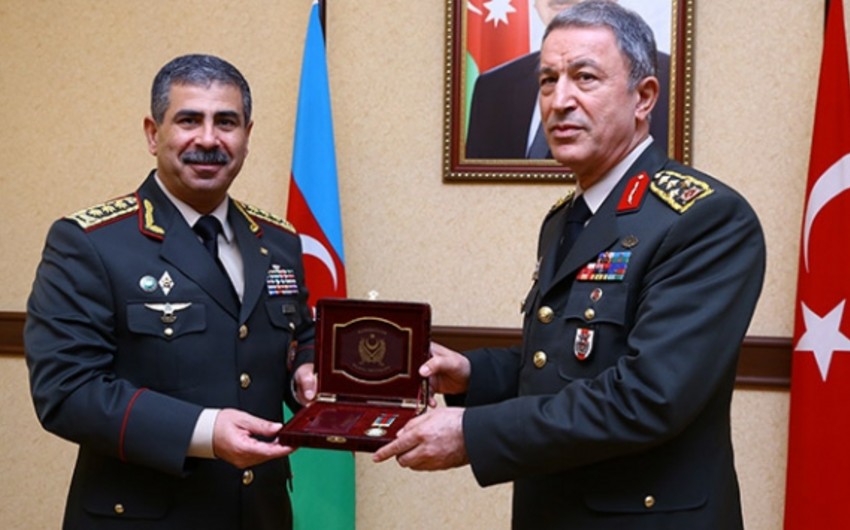 "This medal I will wear on my chest as a sign of the Turkish-Azerbaijani friendship and brotherhood", said Hulusi Akar.

He wished success to the Azerbaijani Armed Forces.

The sides discussed issues of military cooperation between the two countries.