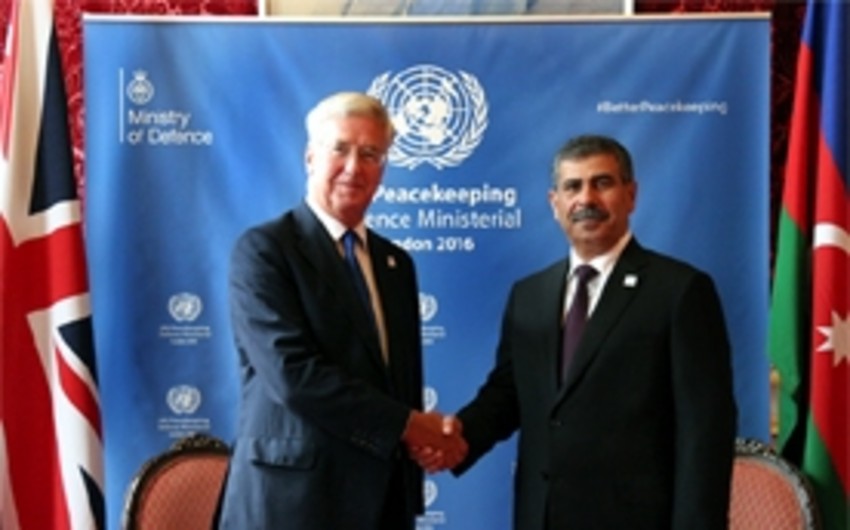 Report informs referring to the press service of the Azerbaijani Ministry of Defence (MOD).

According to the instruction of the President of the Republic of Azerbaijan, Commander-in-Chief of the Armed Forces Mr. Ilham Aliyev the importance of development of relations between the two countries in different spheres, particularly in the military field was discussed and the exchange of views on issues related to the Nagorno-Karabakh conflict resolution have been carried out at the official meeting, organized for the first time at the level of Defense Ministers of Azerbaijan and the United Kingdom.

At the same time the Azerbaijan's active participation in the events organized on a bilateral basis as well as within the framework of the NATO "Partnership for Peace" Programme including peacekeeping operations was also emphasized during the meeting.

The sides carried out wide exchange of views on military and military-technical cooperation between the two countries and discussed future prospects of cooperation.