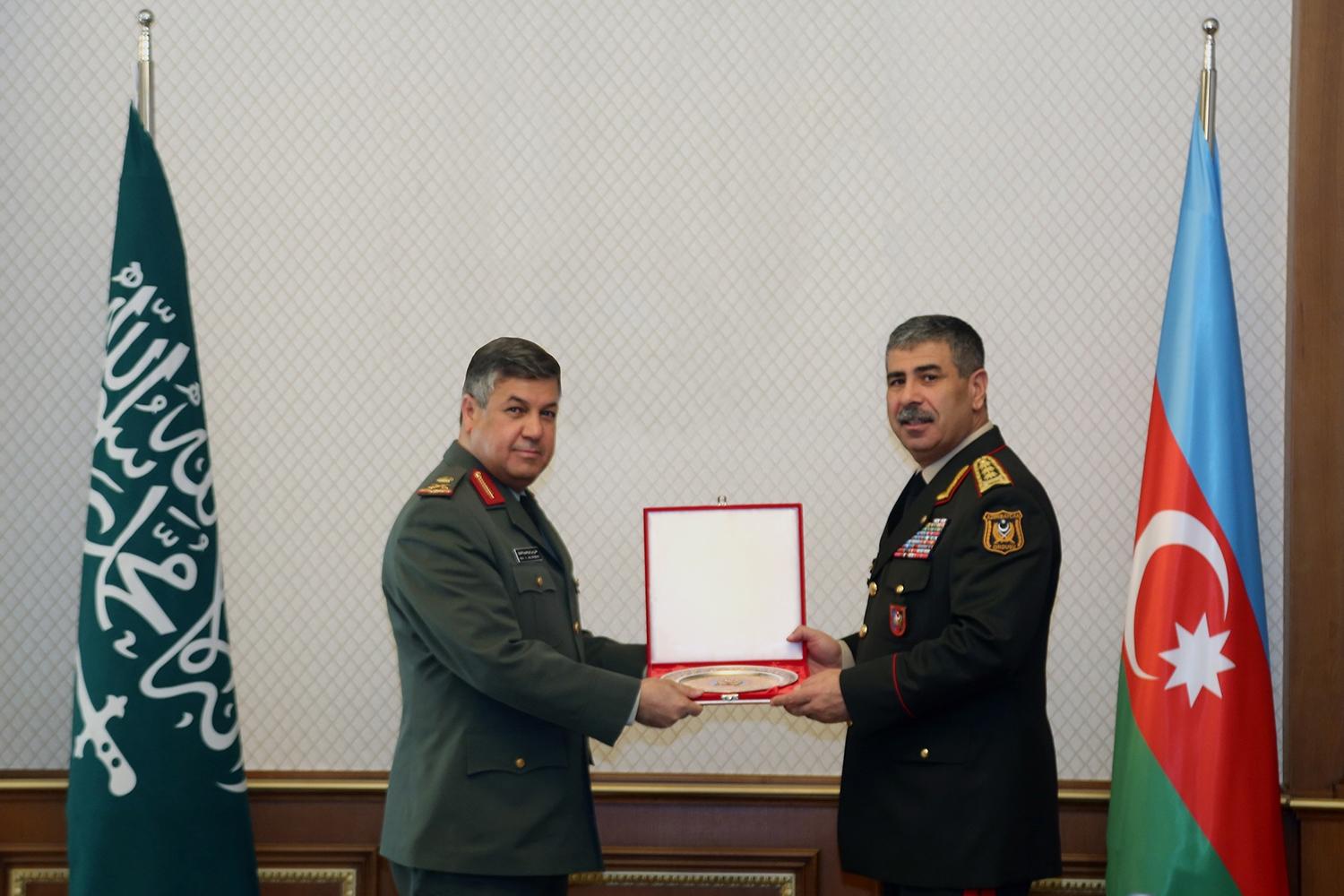 Having greeted the guests, the Minister of Defense brought to their attention the instructions of the President of the Republic of Azerbaijan, the Supreme Commander-in-Chief of the Armed Forces, Ilham Aliyev about the expansion of relations and cooperation between Azerbaijan and Saudi Arabia in all areas, particularly in the military and military-technical spheres.

Colonel General Z. Hasanov, recalling his meetings with the Custodian of the Two Holy Mosques King of Saudi Arabia Salman bin Abdulaziz Al Saud and Crown Prince, Defense Minister Muhammad bin Salman, emphasized the important role of friendly relations between the heads of state in expanding relations between our countries and noted that these relations are successfully developing in different fields.

Touching upon the security issue in the region, the Defense Minister expressed gratitude for Saudi Arabia's support of Azerbaijan's position in the solution of the Nagorno-Karabakh conflict and for not the establishment of diplomatic relations with Armenia.

Thanking for the warm welcome and expressing satisfaction with the visit to our country, the head of the delegation, Major General Ali bin Ibrahim Fevvaz conveyed the greetings of the leadership of the Kingdom to the President of the Republic of Azerbaijan, Mr. I. Aliyev and the Minister of Defense. The guest noted that Saudi

Arabia regards Azerbaijan as a friendly and fraternal state, and also attaches great importance to military cooperation between the two countries.

Major General Ali bin Ibrahim Fevvaz added that as a Muslim country, Saudi Arabia strongly condemns Armenia's aggressive policy and is constantly close to Azerbaijan in its rightful cause.

During the meeting, issues of strengthening ties between the armies of the two countries, holding joint military exercises, organizing visits, as well as a number of other issues of mutual interest were discussed. 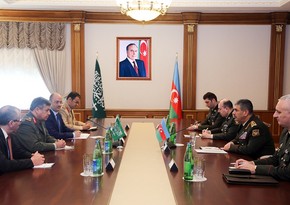