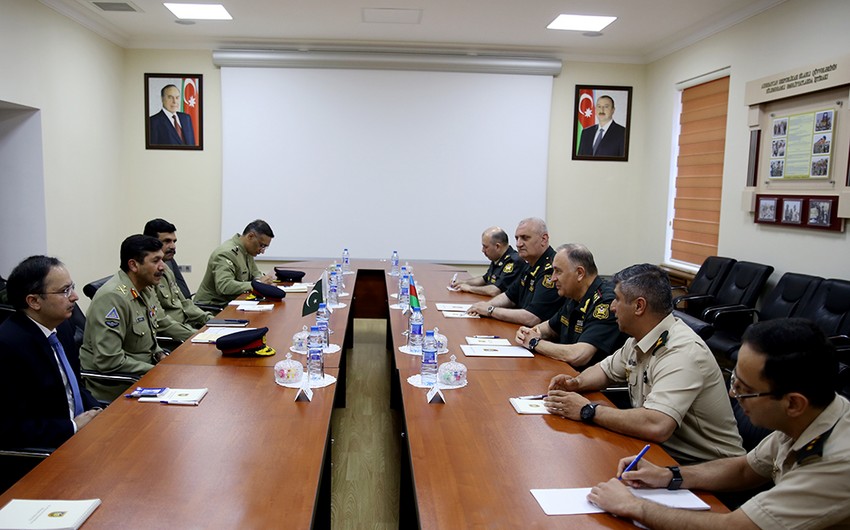 Report informs, citing the Ministry of Defense, that the parties emphasized the importance of further expansion of the friendly and fraternal relations between the armies of the two countries.

During the meeting, the sides discussed various areas of bilateral military cooperation, including the conduct of military exercises with the involvement of various types of troops, issues of organization of mutual visits of military personnel to exchange experience.

Head of Pakistani military delegation expressed his country's readiness to get involved in the process of demining of the liberated territories of Azerbaijan and restoration work to be done in these territories.