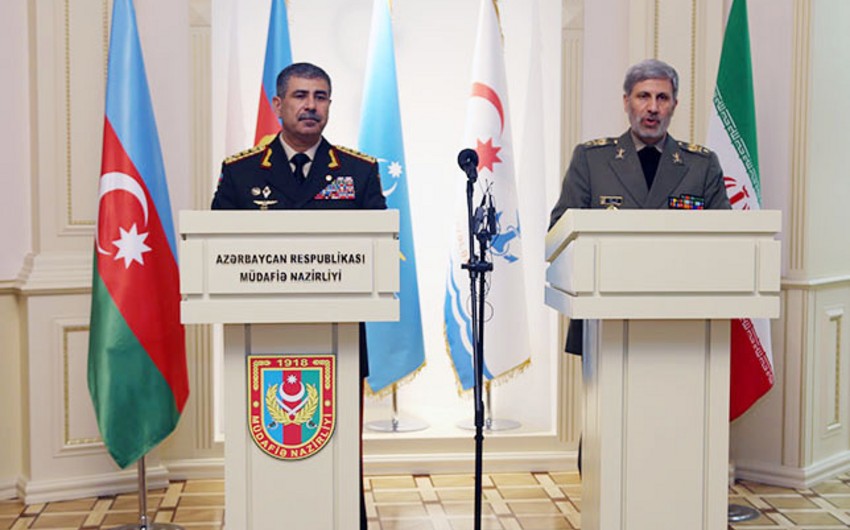 The delegation visited the Alley of Honor and the Alley of Martyrs, laid wreaths and flowers at the graves of the national leader Heydar Aliyev, prominent ophthalmologist, academician Zarifa Aliyeva and the heroic sons of the Motherland, who sacrificed their lives for the independence and territorial integrity of the country.

Then an official welcoming ceremony for the Iranian delegation was held in the Ministry of Defense. The guest passed along the guard of honor and national anthems of both countries were played. "Book of Honor" was signed in accordance with the protocol.

The Ministers of Defense of the two countries held a one-on-one meeting, which was continued in an expanded format.

Having greeted the guests, Colonel General Z. Hasanov congratulated Brigadier General A. Hatami on his appointment to the post of Minister of Defense and assessed his first visit as defense minister to Azerbaijan as a high indicator of friendly relations between the two countries.

Azerbaijani Defense Minister particularly emphasized the merits of the national leader Heydar Aliyev and the head of state Ilham Aliyev in establishing mutual trust and development of the Azerbaijani-Iranian relations.

Speaking about the military-political situation in the region, Colonel General Z. Hasanov brought to the attention of his Iranian counterpart that the unsettled nature of the Nagorno-Karabakh conflict still poses a serious threat to regional stability.

The Minister also expressed gratitude to the Iranian side for its efforts in settlement of the Armenia-Azerbaijan, Nagorno-Karabakh conflict within the territorial integrity and sovereignty of our country.

Noting that religious, historical, cultural ties between our states are based on friendly traditions, Brigadier General A. Hatami stated that there is a great potential for cooperation in the military sphere. He also added that his country recognizes the territorial integrity of Azerbaijan and supports its just position in resolving the conflict.

He stressed that Iran, as a Muslim country, is interested in increasing the military power of Azerbaijan and is ready to provide any assistance in this sphere.

During the meeting, the sides held an extensive exchange of views on the prospects for the development of cooperation in the military, military-technical, military-medical and military-educational spheres, organization of mutual visits of expert groups, and other issues of common interest.

At the end of the meeting, the ministers of defense have made statements to the press. 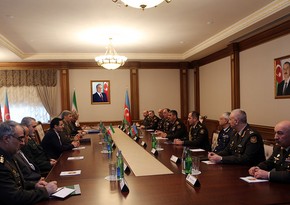 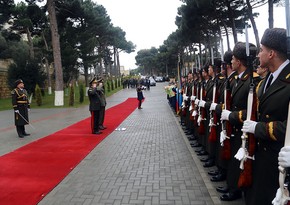 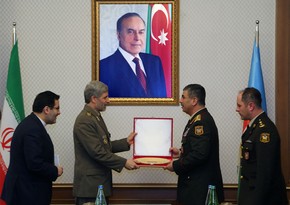 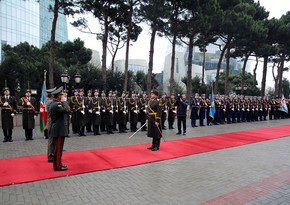 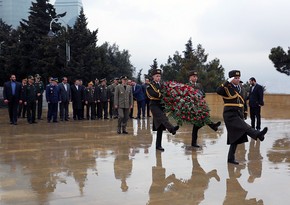 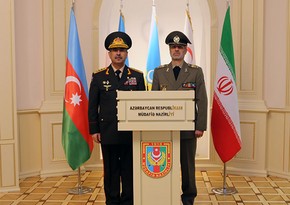 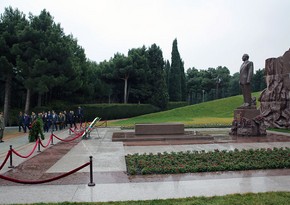 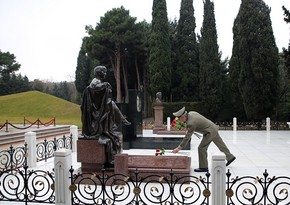 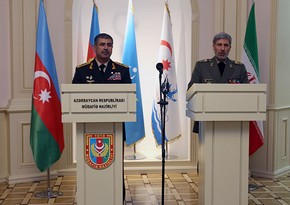 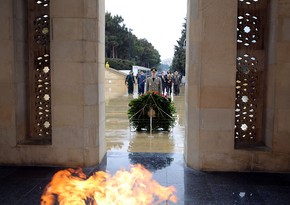