Azerbaijan and Austria discussed prospects of cooperation in military sphere 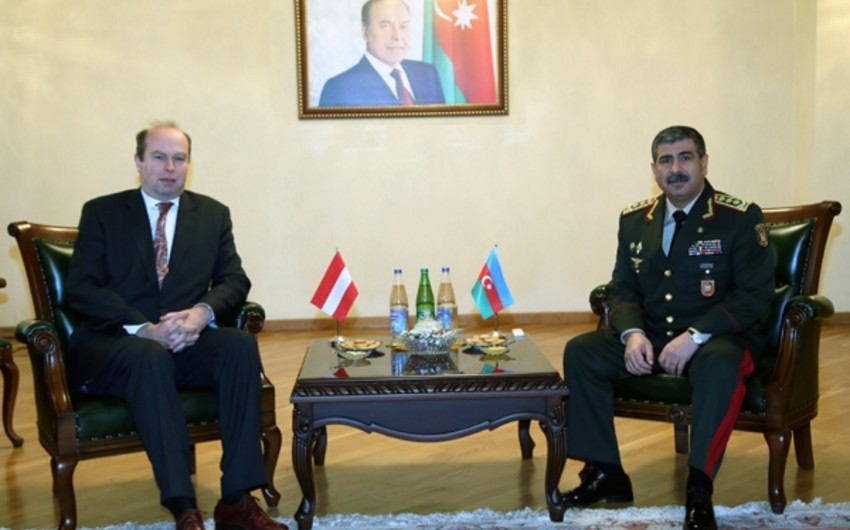 Baku. 18 February. REPORT.AZ/ Azerbaijani Defense Minister, Colonel-General Zakir Hasanov received the Ambassador of Austria to Azerbaijan Axel Milestone in our country, Report was told in the press service of the Ministry of Defense.

During the meeting they discussed the political and military situation in the region, the Nagorno-Karabakh conflict between Armenia and Azerbaijan, the prospects of military cooperation between the two countries. The sides  also exchanged views on regional security issues.

The meeting was attended by the military attaché of the Armed Forces of Austria in Turkey and Azerbaijan Kurt Radner.