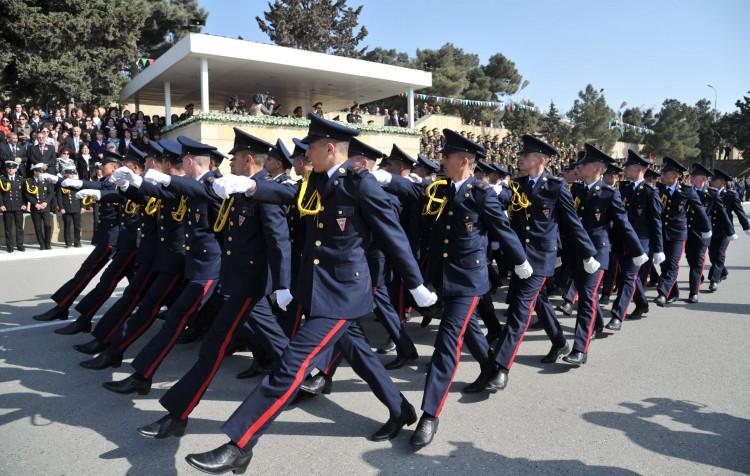 According to the document, trainings in both high schools are free of charge. These high schools prohibited the establishment of political parties and religious organizations. The language of instruction in secondary schools is state language - Azerbaijani.

Students should be excluded from these schools in the following cases:

-at the request of parents or legal guardians, or students themselves;

-for health reasons (according to the decision of the military-medical commission);

-at underachievement in education;

-for non-participation for any reason more than 30% of lessons or fees for one academic year;

-for lack of discipline;

-mismatch the requirements established by law for the military.

Re-adoption and restoration of the excluded cadets to the Lyceums is prohibited.

Students excluded from the Lyceums because of indiscipline, are no longer accepted in the educational institutions of the Ministry of Defense.

The chiefs of both schools will be appointed and dismissed by the President of the Azerbaijan Republic.