73 years pass since a victory over German fascism

73 years pass since a victory over German fascism 420 thousand of 650 thousand Azerbaijani citizens who went to war, did not return 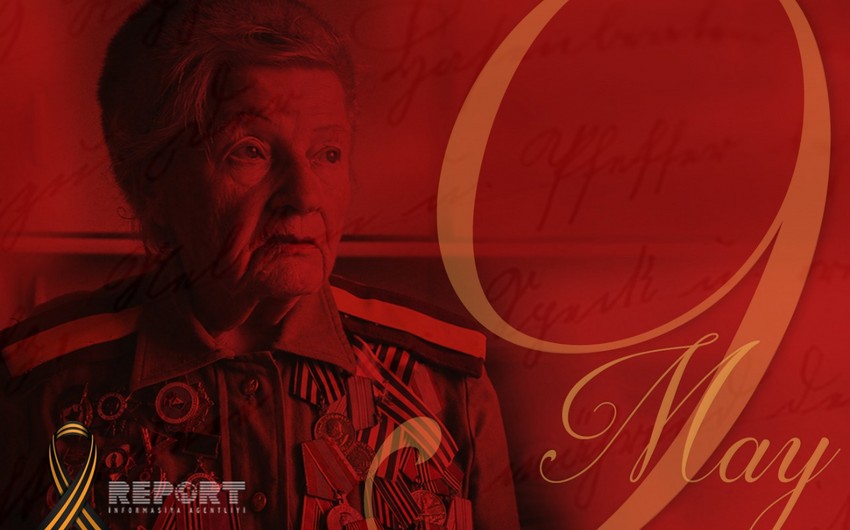 Baku. 9 May. REPORT.AZ/ 73 years have passed since the victory over German fascism.

Azerbaijanis made great sacrifices both on the front line and rear during this war. Baku oil has an important role in ensuring the victory. 420 thousand of 650 thousand Azerbaijani citizens who went to war, did not return. For their great courage, 43 Azerbaijanis were awarded with the title of Hero of the Soviet Union while 30 were awarded with the Order of "Glory" in all three degrees. The names of Hero of the Soviet Union for twice Hazi Aslanov, Heroes of the Soviet Union Israfil Mammadov, Aslan Vezirov, Adil Guliyev, Ziya Bunyadov, Garay Asadov, Melik Maharramov, Mehdi Huseynzade and generals Mahmud Abilov, Akim Abbasov, Tarlan Aliyarbeyov, Hajibaba Zeynalov and many of others were written in our people's history with golden letters for their bravery.

During the war, great work was done in order to direct the economy to serve to the front. In a short time, Baku became an important arsenal of fighting army. Despite all the difficulties, oil workers showed heroism and sacrifice and provided the front and the industry with fuel. Under the leadership of academician Yusif Mammadaliyev, new technology for producing aviation petrol was established. By means of the hard work of oil workers, a record indicator was achieved in Azerbaijan's oil production, 23.5 million tons of "black gold" were removed in 1941. It was 71.4 percent of all the oil produced in the USSR. Totally, 75 million tons oil, 22 million tons of gasoline and other oil products were provided in USSR due to Azerbaijani oil workers. Baku oil was one of the main factors in the victory over fascism. It would be enough to say that four of every five aircraft, four of every five tanks, four of every five cars worked with Baku fuel.

The victims of 1941-1945 are always commemorated in Azerbaijan, the high level of attention and care are paid to the war veterans by the state.

The victory over fascism is celebrated as an official holiday in Azerbaijan too. Events are held in different parts of the country and in the capital on the occasion of the Victory Day.

President Ilham Aliyev praised the courage of the people with his decree dated May 1, 2005 "On increasing the state care to the 1941-1945 war veterans, invalids, widows of those who were killed or died later, those who were awarded with orders and medals for their selfless labor in the home front during the war years".