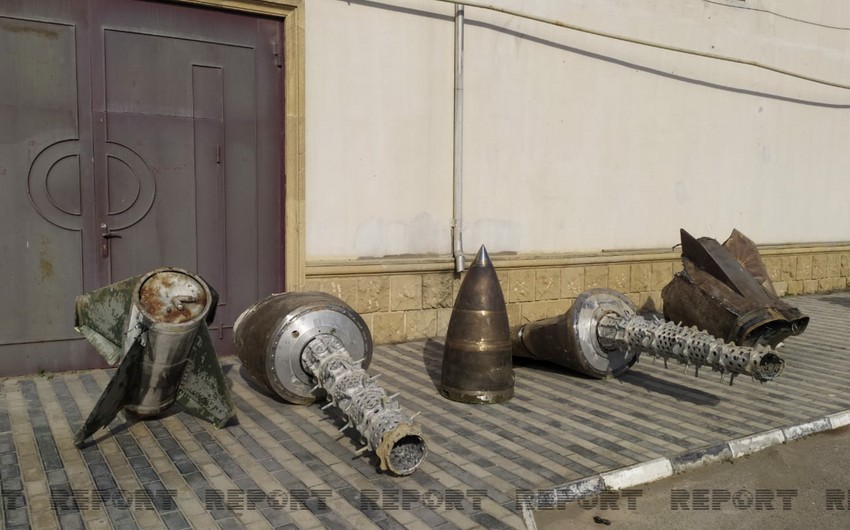 Well-known Azerbaijani journalists have addressed an appeal to the Embassy of the Russian Federation in our country.

According to Report, the appeal is related to the discovery of the Russian Iskander operational-tactical Missile Complex remnants in Shusha. The appeal says:

The discovery of the remains of the Russian Iskander operational-tactical Missile Complex in the city of Shusha is in the spotlight of the Azerbaijani public.

Notably, the Azerbaijan Mine Action Agency (ANAMA) employees found details of a ballistic missile during the search and neutralization of mines and unexploded ordnance in Shusha city freed from Armenian occupation. Analysis of the identification number (9M723) left on the missile remains showed that Shusha was fired on from the "Iskander-M" Operational-Tactical Missile Complex. The remains of the rocket were revealed on March 15. However, the Azerbaijani side announced that these remains belonged to the Iskander-M Operational-Tactical Missile Complex only after thorough expert analysis.

We should remind that there have been repeated statements in Yerevan that Armenia fired at Azerbaijan from the Russian-made Iskander operational-tactical Missile Complex. For example, Armenian Prime Minister Nikol Pashinyan, former Armenian President Serzh Sargsyan, and former Chief of Staff of the Armenian Armed Forces Movses Hakobyan made such claims.

However, Igor Konashenkov, a spokesman for the Russian Defense Ministry, categorically denied the use of Iskander missiles in Karabakh at the time. "According to the objective and reliable information we have, including the objective control system, no such missile system has been used in Nagorno-Karabakh during the conflict."

The appeal says that discovering the remnants of the Iskander-M Operational-Tactical Missile Complex in Shusha was announced on April 2. Both Azerbaijani and foreign media widely covered this news:

"However, so far, no clear and precise official response from Russia has been heard. We are baffled that the Ministry of Foreign Affairs, the Ministry of Defense, and other relevant Russian Federation structures are not in a hurry to clarify how the Iskander-M Operational-Tactical Missile Complex can be fired at Shusha. Of course, a complete and thorough investigation into this fact takes time. However, even the lack of an official statement on the investigation's launch is causing profound misunderstanding and concern in the Azerbaijani public.

We hope that the Russian side will soon state its official position and officially announce the start of the investigation. "

The following journalists signed the appeal: