Poet Vagif Samadoglu will be commemorated in Paris 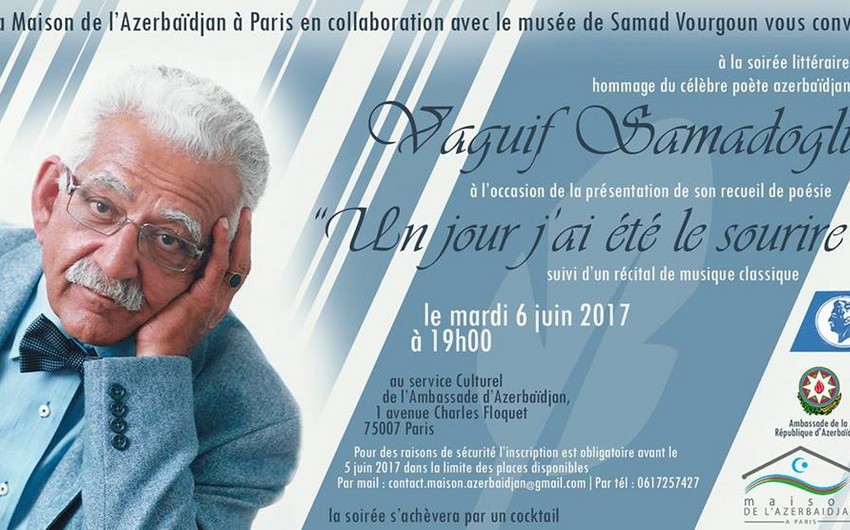 Baku. 24 May. REPORT.AZ/ Azerbaijani people's poet Vagif Samadoglu will be commemorated in Paris.

Press service of the State Committee on Work with Diaspora of Azerbaijan told Report.

During the memorial organized by Azerbaijani House in Paris, Samad Vurgun House Museum and with support of Azerbaijani Embassy in France, his book "One day I was a smile” published in French will be presented.

The event will be held at the Cultural Center of Azerbaijan in Paris, June 6 at 19:00.