Zulfugarov: Armenians wanted to test Azerbaijan's military capabilities in Kalbajar, we taught them good lesson On January 11-12, Armenia committed another provocation in the direction of Kalbajar on the state border with Azerbaijan. 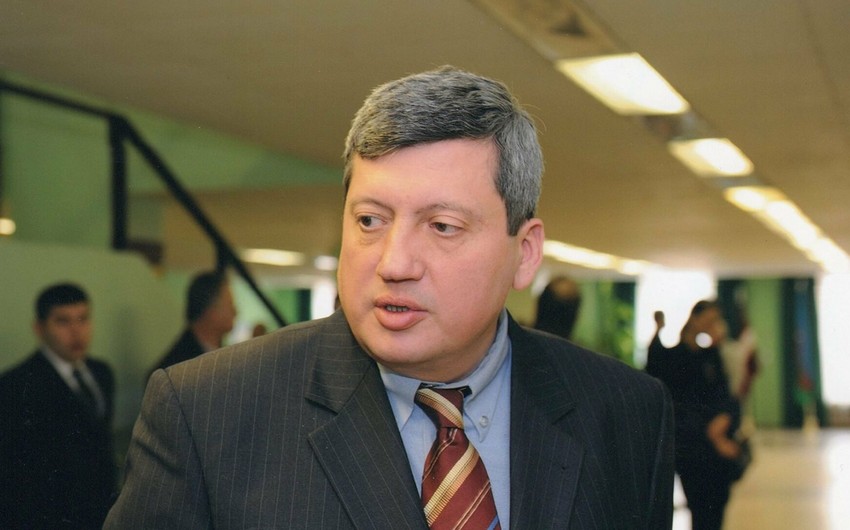 On January 11-12, Armenia committed another provocation in the direction of Kalbajar on the state border with Azerbaijan. As a result, a serviceman of the Azerbaijani Army was killed. Azerbaijan took adequate response measures, and the enemy suffered heavy losses. Azerbaijani Army units have shifted to a tightened mode of work, given the further possible attempts by Armenia to aggravate the situation along the state border of the two countries.

- Was provocation at the border expected?

- In general, the possibility of sabotage can never be completely ruled out. Armenian provocations are always expected. That is why the Azerbaijani Armed Forces are always on alert. In particular, it should be taken into account that there are various power centers in Armenia. In other words, provocations are possible not only by the government but also by the opposition, including the former Karabakh clan. In my opinion, it is more reasonable to say that it is the Armenian opposition is behind the current provocation. The death of our serviceman as a result of sniper fire also gives grounds to say that it was a planned provocation.

- Recently, Armenia has been committing provocations mainly in the direction of Kaljabar on the state border. Why Kalbajar?

- In my opinion, the choice of the area is not accidental. True, it is freezing cold there now. However, Kalbajar is not considered very favorable for us in terms of communication. Roads used in the past, including during the Soviet era, are now under peacekeepers' control. Perhaps, the provocation was intended to test Azerbaijan's military capabilities. As it can be seen, we also inflicted heavy losses on the enemy. This will be a good lesson for Armenians.

- Can the activation of the CSTO, including Armenia, on the events in Kazakhstan stimulate the enemy to this provocation?

- This is one of the main assumptions. Official Yerevan has always tried to involve third parties as observers at the border. Perhaps it has reconsidered this and wants the CSTO troops to be stationed at the border. We have witnessed similar attempts many times before.

- The last talks between Russia and the United States ended in failure. Also, immediately after the provocation committed by Armenia on the border, the first contact of official Baku was with the US. Yesterday, Azerbaijani Foreign Minister Jeyhun Bayramov held a telephone conversation with US Assistant Secretary of State for European and Eurasian Affairs Karen Donfried. How do you assess the possibility of provocations being controlled from one of these power centers?

- It does not seem so convincing because the scale of provocation is not typical of such superpowers. If it was as you say, we would have witnessed more serious events.

- If the provocations continue, is it possible for Azerbaijan to launch an anti-terrorist operation in the territories under the control of Russian peacekeepers?

- It is difficult to say anything definite about it since this is a decision to be made by the military leadership. In any case, the military leadership has more information. Our army is more aware of the situation than we are. But in any case, I can say that the Azerbaijani army is able to respond to the enemy at any time. The events in the direction of Kalbajar also showed this.