Paraguayan Senator congratulates Azerbaijan on victory "We strongly condemn Armenia's fascist regime and their brutal attacks committed against the civilian population and kids of Azerbaijan. "
150 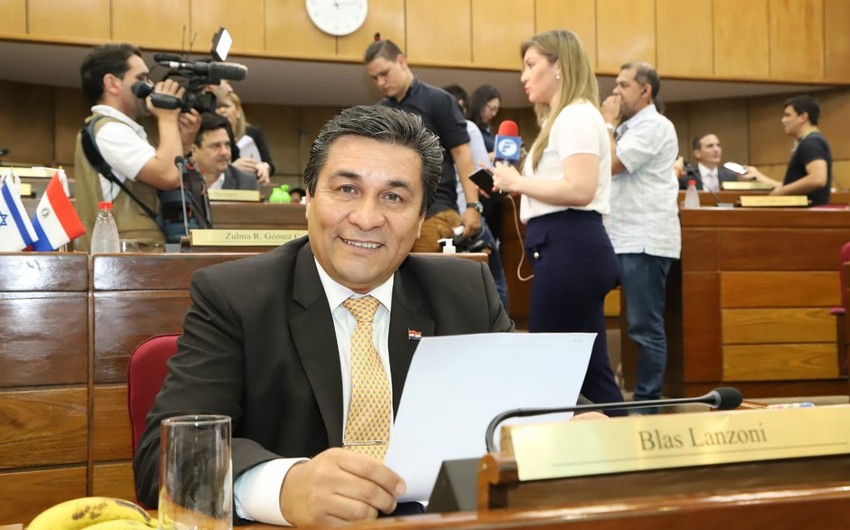 "I am honored to express my support for the total territorial sovereignty of the Republic of Azerbaijan, and we are thrilled, very excited to know that the magnificent city of Shusha has been liberated from the Azerbaijani Armed Forces on November 8th, 2020. We strongly condemn Armenia's fascist regime and their brutal attacks committed against the civilian population and kids of Azerbaijan. These are atrocious acts that must be condemned by the international community.

We in the Senate condemn the attacks with ballistic missiles of Armenian Forces, of October 20th, conducted against the Azerbaijani cities of Ganja, Mingachevir, Khizi, and Absheron district.

I take this opportunity to congratulate and express my deep support to the President of Azerbaijan H. E. Mr. Ilham Aliyev, as we celebrate the liberation of 71 villages, 8 strategic heights, and 1 settlement, successful achievements of Azerbaijani Armed Forces on November 9th.

As we are following the current situation very closely in Azerbaijan, here in the National Senate of Paraguay, we are delighted to know that the following cities and villages are liberated:

In Asuncion, we stand ready to support Azerbaijan's President and are following up closely on the successful milestones of the legendary Azerbaijan Armed Forces. Shusha, Khankendi, Nagorno Karabakh is Azerbaijan!

The Agreement signed on November 9th, between Azerbaijan and Russia, as well as the full withdrawal of fascist Armenian Troops from the sovereign territory of Azerbaijan, is a wonderful event in modern European history, and President Ilham Aliyev has shown a great sense of leadership."