Warlick: The presidents clearly signaled to each other that the time has come for peace

Warlick: The presidents clearly signaled to each other that the time has come for peace OSCE Minsk group Co-chair commented Paris meeting of the presidents of Azerbaijan and Armenia
887 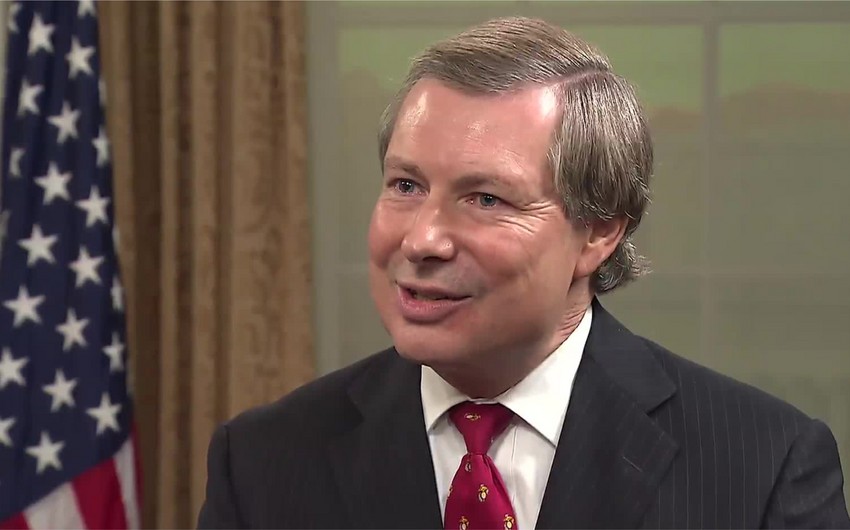 Baku. 3 November. REPORT.AZ/ "Whenever the Presidents have the opportunity to meet, they are able to clarify their positions and narrow differences on key issues, as they did in Paris". OSCE Minsk group Co-chair James Warlick said to Report commenting the meeting of the presidents of Azerbaijan and Armenia in Paris on October 27.

"I was encouraged that both Presidents want a negotiated end to the conflict. They clearly signaled to each other that the time has come for peace and that the hostility between Armenians and Azerbaijanis should give way to a new era of cooperation," the Co-chair stated. According to him, meetings of the Presidents also help to stabilize the situation along the Line of Contact and Armenian-Azerbaijani border.

"French President Hollande said the time has come to prepare a comprehensive peace agreement. I hope the sides will consider this step seriously. The U.S. and the Co-Chairs stand ready to assist. He also proposed measures to build trust that could lay the basis for peace," Warlick said.

The OSCE MG Co-chair encouraged the sides of the conflict to take steps that build confidence, and welcomed their agreement in Paris to exchange data on missing persons through the ICRC.

"A  genuine negotiation process would send a strong signal to the people of the region that the sides understand the benefits of peace," Warlick stressed.