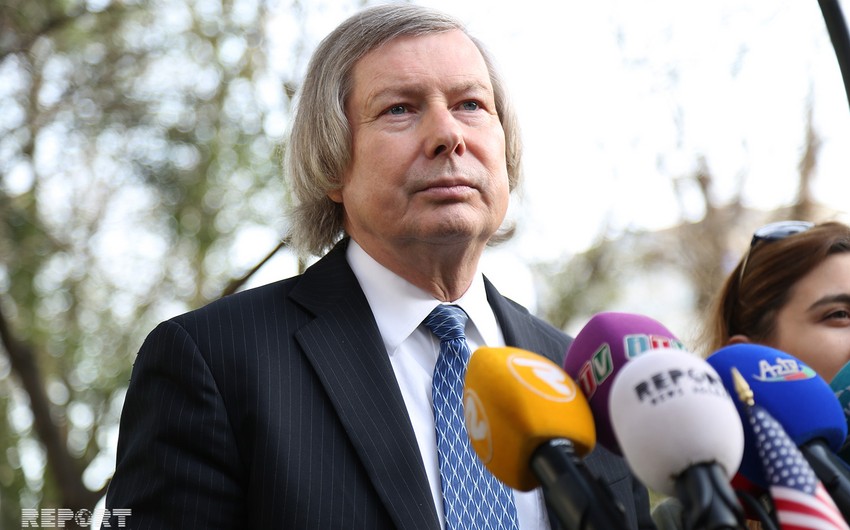 Baku. 6 April. REPORT.AZ/ The OSCE Minsk Group Co-Chairs expressed their condolences to the President of Azerbaijan in connection with the deaths.

Report informs, the OSCE Minsk Group co-chair from the United States, James Warlick said, commenting on the tense situation on the line of contact in the zone of Nagorno-Karabakh conflict.

According to him, the co-chairs fights affected not only the military but also civilians.

James Warlick added that today the mediators discussed with the Azerbaijani President, Foreign Minister and Defense Minister of Azerbaijan, the tension on the contact line. James Warlick called on the parties to immediately comply with ceasefire. He noted that the current situation shows the importance of achieving a comprehensive peace.