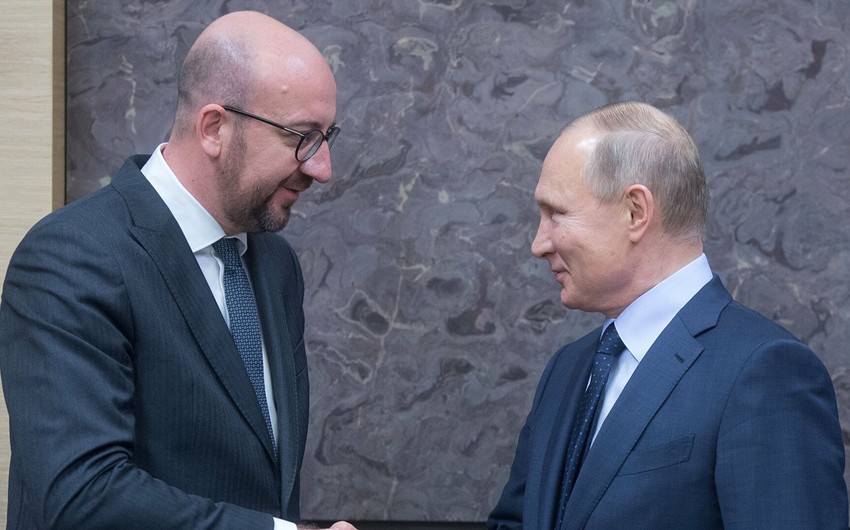 President of Russian Federation Vladimir Putin and head of the Council of Europe Charles Michel have discussed the Karabakh issue, Report informs, referring to the Kremlin’s press service of Kremlin.

According to the information, considering the significance of the continuous implementation of the statements by Russian, Azerbaijani, and Armenian leaders dated November 10, 2021, and January 11, 2021, the current situation in Nagorno Karabakh have been discussed.

“Restoration of economic and transport ties, solution of humanitarian problems of the population have been identified as priority issues. Charles Michel expressed support for the work done, including the work carried out through the co-chairs of the OSCE Minsk Group (Russia, the United States, France),” the statement said.