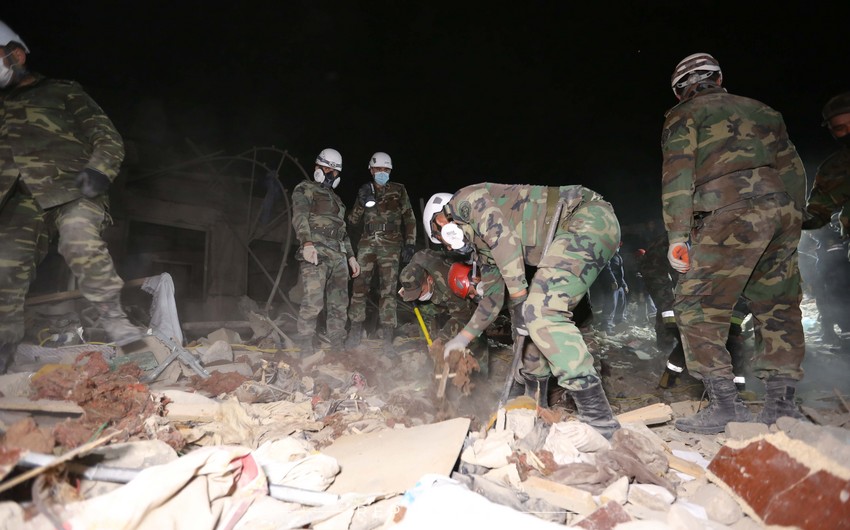 Association of Friends of Azerbaijan in France appealed to the country's media.
Local bureau of Report informs, the organization strongly condemned the rocket attacks by the Armenian armed forces targeting the civilian population of several Azerbaijani cities since September 27.

"Azerbaijan's second-largest historical city Ganja, far from the conflict zone, has been targeted several times; 25 civilians, including women, children, and the elderly killed, at least 127 civilians wounded. In total, 61 civilians killed, 282 wounded since September 61. These war crimes have been condemned by the United Nations and the European Union and considered unacceptable. The Association extends its condolences to the families of the innocent victims of this new provocation of Armenia and expresses its support to all the Azerbaijani people," the appeal said.

Association calls on Armenia to understand that it cannot continue the occupation of Azerbaijani lands: "Armenia's direct and deliberate attacks on the population and civilian infrastructure are serious violations of international and human rights law, particularly the 1949 Geneva Conventions and the Conventions on the Rights of the Child and Human Rights. It hopes that the Minsk Group member states will respond soon, and UN Security Council Resolutions 822, 854, 874, and 884, adopted in 1993, will be implemented. Armenia must open eyes to see historical reality and stop portraying itself as a victim of the conflict it has started."