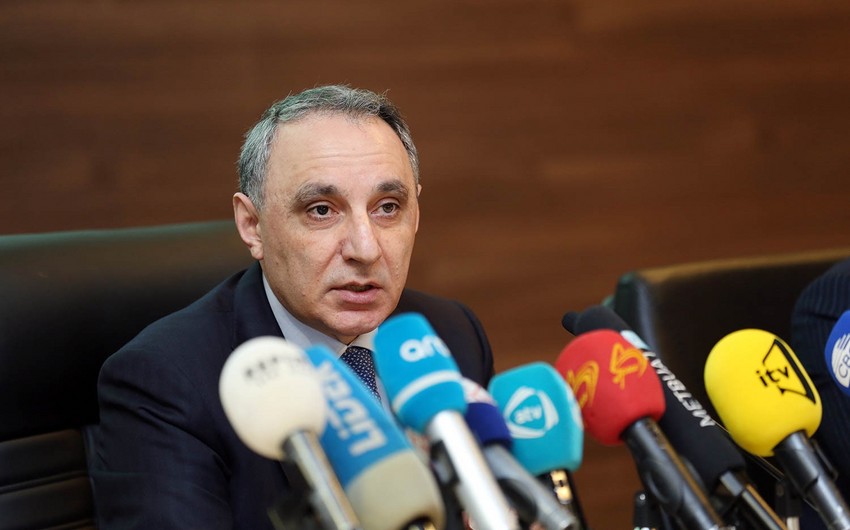 Prosecutor General of the Republic of Azerbaijan Kamran Aliyev has addressed Julie Verhaar, the Secretary-General of Amnesty International.

The reason for the appeal was the distortion of several facts in the article "Armenia/Azerbaijan: Civilians must be protected from the use of banned cluster bombs" published on the Amnesty International website on October 5th, 2020.

It was noted in the appeal that since September 27th, the Armenian armed forces have carried out large-scale provocations and fired at the settlements and positions of the Republic of Azerbaijan from several directions. As a result, there are dead and wounded civilians and service members. The densely populated areas, civil infrastructure facilities - hospitals, medical centers, school buildings, and kindergartens - are deliberately targeted, demonstrating the Armenian leadership's commitment to the policy of terrorism at the state level.

The appeal states that due to the Armenian terror starting from September 27th, 2020, 27 civilians were killed, 141 wounded, numerous houses and civil infrastructure facilities were severely damaged.

In various cities and regions far from the war zone, civilian settlements have been subjected to heavy artillery shelling by the military-political leadership of Armenia, in flagrant violation of the norms and principles of international law. Thus, the second largest city of Azerbaijan with a population of more than 500,000 residents, ancient Ganja with numerous historical and cultural monuments, Mingachevir, an industrial city of strategic importance, as well as Beylagan, Barda, Aghjabadi, Goranboy and other districts were shelled with missiles and rocket launchers.

On October 4th, another provocation was committed by Armenia, and two medium-range missiles were fired at Khizi and Absheron districts, which are far away from the combat zone.

It was underscored that our experts had identified the use of prohibited at the international level highly destructive cluster bombs and Smerch rockets by the Armenian armed forces against all targets, including civilian and strategic facilities. Photos and videos are also attached to the appeal.

Bringing those above to the attention of the Secretary-General of Amnesty International, it was requested to publish the information on the official website and to take an objective and neutral position on this sensitive issue.