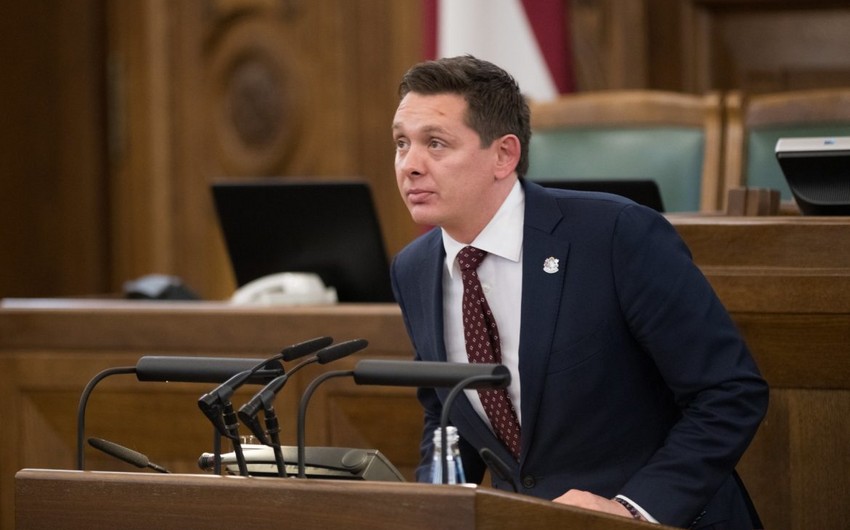 "The UN Security Council has adopted four resolutions on the settlement of the Nagorno-Karabakh conflict. According to international law, like other states, the territorial integrity of Azerbaijan is inviolable."

"Latvia has always supported Azerbaijan's territorial integrity and has not recognized any institution on its territory as a second state," he said.

Kaiminš noted that although almost 30 years have passed since the Soviet Union's collapse, there are still conflicts inherited from it: "The Nagorno-Karabakh conflict is one of these bitter legacies."

He noted that maintaining the status quo for many years in resolving such conflicts poses a threat of war to the region and is undesirable:

"Unfortunately, after 30 years, this issue is resolved not by peaceful means, but by force of arms. We want peace to be established soon in the whole world, including in the region. In the 21st century, the death of civilians in conflicts is highly undesirable," he said.