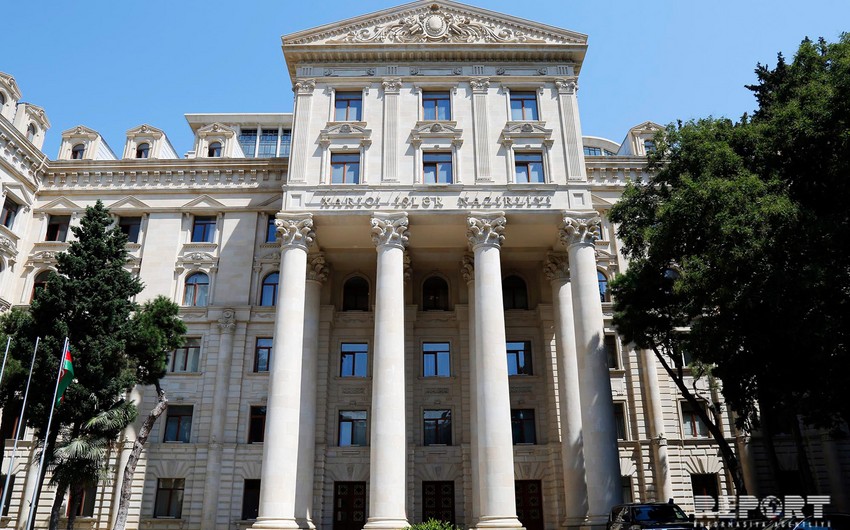 Report informs, Spokesperson of the Ministry of Foreign Affairs of Azerbaijan Hikmet Hajiyev said on the 25th anniversary of the occupation of Fuzuli and Jabrayil districts.

As a result of the occupation of Fuzuli district, 657 of its inhabitants were killed, 400 became war invalids, and 181 were captured and missing. Among the residents of the Jabrayil district, about 400 people were killed, 177 became war invalids, and 91 were captured and disappeared without a trace: "Residents of both regions faced mass ethnic cleansing, and state and private property were subjected to plundering. At present, out of 130.9 thousand inhabitants of Fuzuli district, about 70 thousand live in its liberated areas, while the rest are inhabited in different regions of Azerbaijan as internally displaced persons. Most of the 79.9 thousand residents of Jabrayil district still have to live in different parts of Azerbaijan as IDPs.

As in other occupied territories, in Fuzuli and Jabrayil districts as well Armenia carries out the policy to ruin, falsify, vandalize and alter original characteristics of Azerbaijani people’s cultural and historical heritage. In the territory of Fuzuli district Garakopaktapa archaeological monuments of 3rd millennium BC, Mirali's mausoleum of 13-14th centuries in the village of Ashaghy Veysali, the mosque and caravansaray of the 17th century in the village of Garghabazar and others should be noted. In the Jabrayil district, the Khudafarin bridges over Araxes river of 11-13th centuries, which are a monument of world importance, as well as the tomb of 13-14thcenturies in the village of Dagh Tumas, medieval cemeteries and other monuments located near the city of Jabrayil, were destroyed and plundered.

The Republic of Armenia, grossly violating the obligations assumed under the Geneva Conventions, continues to commit such unlawful acts as the change of geographical names in Fuzuli and Jabrayil districts, the looting of property there and the burning of territories. Especially in the Jabrayil district, illegal economic activities in agriculture are conducted and attempts are made to settle the persons of Armenian origin, including Armenians from Syria. The construction by Armenians of a church in the territory of the Jabrayil district, where they have never lived as community except for some individual cases, visibly demonstrates the ill intentions of Armenia to annex the occupied Azerbaijani territories and to give the conflict a religious character.

Only as a result of the counteroffensive operation carried out by the Armed Forces of the Republic of Azerbaijan since January 5, 1994, 22 settlements of the Fuzuli district and the village of Jojug Marjanly of the Jabrayil district were liberated from the occupation.

After the liberation of Lalatapa hill near Jojug Marjanly in April 2016 and thus providing the necessary security conditions for residing in this village, the Government of the Republic of Azerbaijan ensured demining of the territory, rebuilding houses, associated infrastructure and the return of internally displaced persons in dignity. The restoration work carried out by the Government of the Republic of Azerbaijan in the liberated territories of Fuzuli district and in the village of Jojug Marjanly demonstrates Azerbaijan's firm willingness to liberate and restore the occupied territories, to ensure safe and dignified return of IDPs .

The occupation of Azerbaijani territories can never lead to political outcomes pursued by Armenia. Only the withdrawal of troops of Armenia from the occupied territories of Azerbaijan and the change of status quo of occupation can open the way for a political settlement of the conflict, comprehensive regional cooperation and contribute to ensuring sustainable peace.

The Azerbaijani side, supporting the intensification of international efforts for soonest resolution of the conflict, retains the inherent right to restore its territorial integrity and sovereignty within the internationally recognized borders and the violated rights of its citizens".