Second anniversary of April battles marked with march of victory

Second anniversary of April battles marked with march of victory "Leletepe is a sacred hil, because it is our Azerbaijani land" Baku. 5 April. REPORT.AZ/ The march of victory was held by joint organizational efforts of Ministry of Defense and Fuzuli District Executive Power in Horadiz city on the occasion of the second anniversary of a victory gained by the Azerbaijani Army in 2016 April battles.

Report was informed in the press service of the Azerbaijani Ministry’ of Defence (MoD), Bahar Muradova, Deputy Chairman of National Parliament, Aly Aliyev, Head of Fuzuli District Executive Power and military officers of the Ministry of Defense have firstly visited the Leletepe highland liberated by the Azerbaijani Army in April 2016, and met with serving soldiers and officers.

The national anthem of Azerbaijan was played, and the memory of people who died in the battles for sake of independence and territorial integrity of the Republic  of Azerbaijan honored with a minute of silence.

“Leletepe is a sacred hil, because it is our Azerbaijani land. Brave sons of Azerbaijan have liberated this highland at the expense of their blood. Brave sons of Azerbaijan who sacrificed their lives for sake of this land, who became martyrs and who showed self-devotion will never be forgotten. The tricolor flag raised by them on the top of Leletepe hill will flutter in all residential settlements being currently under occupation”, lawmaker Bahar Muradova said expressing her confidence in decisive victory of Azerbaijani Army over the enemy.

Bahruz Isgenderov, father of Nijat İsgenderov, who martyred in fighting for retaking the Leletepe highland, stated that he felt proud for our heroic sons serving in the Azerbaijani Army and wished them great victories over the enemy. 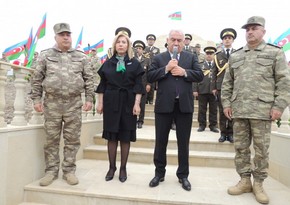 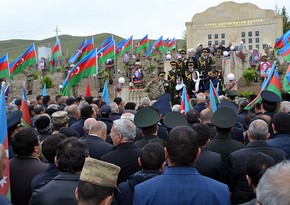 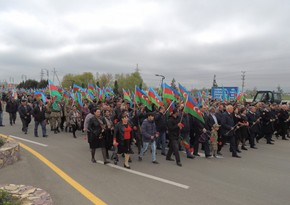 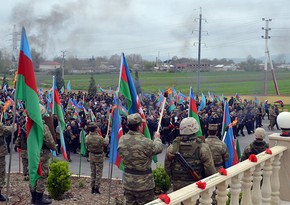 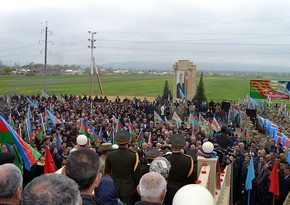 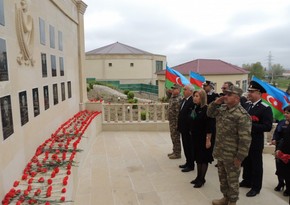 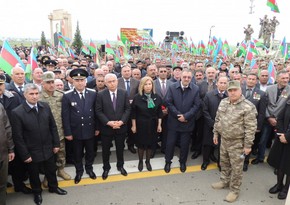 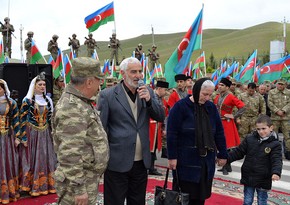 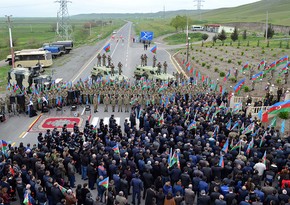 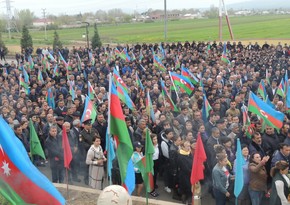 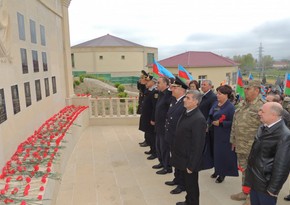