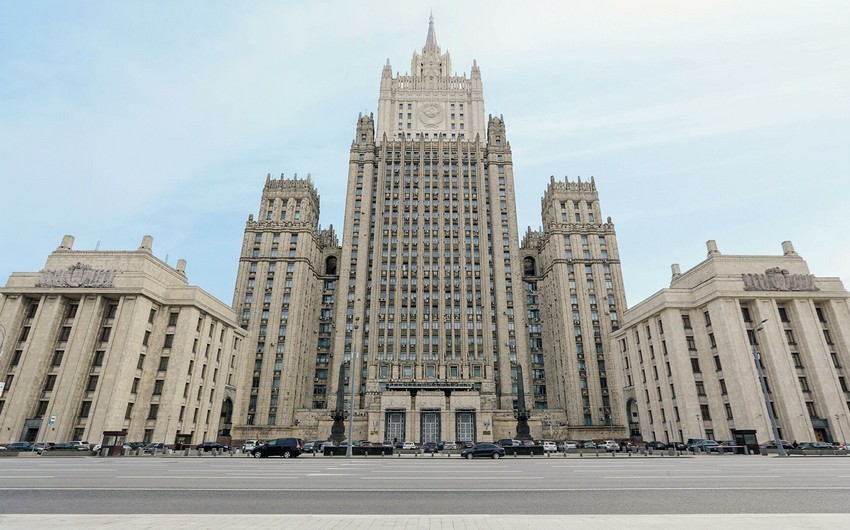 “Russia expresses concern about the increased frequency of armed incidents on the border between Armenia and Azerbaijan. Particularly alarming is the fact that they are accompanied by human casualties on both sides. Unfortunately, tensions have not subsided so far,” deputy director of the information and press department of the Russian Foreign Ministry Alexander Bikantov said, the Russian bureau of Report informs.

As the diplomat noted, all emerging issues must be resolved exclusively by peaceful, political, and diplomatic means: “Russia is ready to continue to contribute to the process of normalizing the situation on the Armenia-Azerbaijan border, including the launch of joint work on delimitation and demarcation of borders. This will contribute to the transformation of the South Caucasus into a zone of stability.”

Commenting on the proposal of Armenian Prime Minister Nikol Pashinyan on the deployment of Russian peacekeepers along the entire Armenia-Azerbaijan border, Bikantov noted that one of the problems is the lack of border demarcation: “Russia gives priority attention to this topic and provides mediation efforts. One of the problems of implementing the deployment of border guards along the border is the lack of border demarcation. Russia stands for the delimitation of the border between Azerbaijan and Armenia with its subsequent demarcation and the soonest start of this work.”

The Foreign Ministry spokesman stressed the importance of the issue of cultural and historical heritage in Karabakh since it is an essential humanitarian topic: “We strongly support the early organization of a UNESCO mission, which could give its qualified assessment of the state of affairs on the spot. The problem is in the field of vision of the OSCE Minsk Group.”