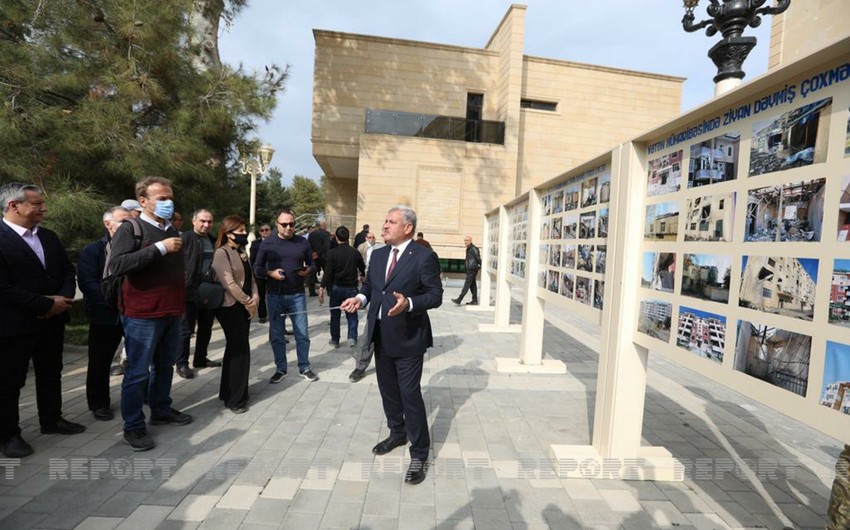 Representatives of the diplomatic missions in Azerbaijan have been informed about the destruction and damage inflicted on Tartar during the 44-day war.

As Report's correspondent informs, the diplomats got acquainted with the photo stands featuring the events that took place during the Patriotic War, destroyed houses, objects, and cemeteries.

It was noted that during the war, the Armenian side committed vandalism, destroying ten cemeteries and 381 graves.

Moreover, the representatives of the diplomatic missions were shown one of the houses that were destroyed in October 2020. This house will remain unchanged as an example of the vandalism committed by the Armenian side.