Report: Armenia's anti-Azerbaijani policy has not slowed down since Second Karabakh War

Report: Armenia's anti-Azerbaijani policy has not slowed down since Second Karabakh War As a result of hatred policy against the Azerbaijanis continuing for ages by the extremist groups that shaped political ideology in Armenia, 20 percent of the territories of Azerbaijan were under occupation for around thirty years, over one million person 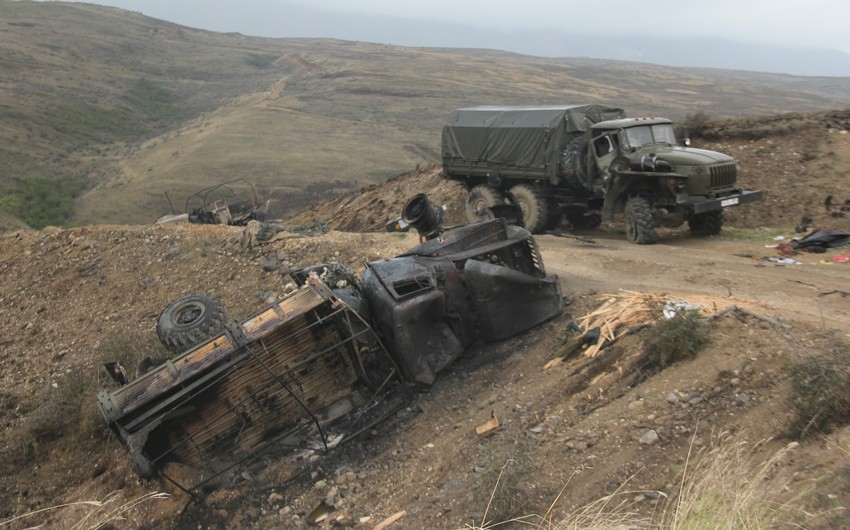 As a result of hatred policy against the Azerbaijanis continuing for ages by the extremist groups that shaped political ideology in Armenia, 20 percent of the territories of Azerbaijan were under occupation for around thirty years, over one million persons, who fled from their homes, became refugees and IDPs because of ethnic cleansing policy, were subjected to genocide on the ground of ethnicity. Besides this, enormous damage was inflicted on the environment, historical and cultural monuments have been destroyed in those areas, according to the report of the Azerbaijani ombudsman over the crimes, committed by Armenians based on hatred towards Azerbaijanis.

"Unfortunately, throughout thirty years, the Armenian political administration that ignores calls by Azerbaijan for co-habitation and ending occupation has developed its occupant and ethnic cleansing policy and created a severe obstacle to establishing peace stability in the region. Long-term observations demonstrate that political leaders in Armenia always carried out propaganda campaign for own hate policy to pass it on to future generations and tried to keep its territorial claims to the neighbors on the agenda as a primary goal. Consequently, the international community has been deprived of their right to know the truths due to the fake information disseminated.

"Strict Anti-Azerbaijan policy and creating grounds for horrendous crimes and hostility have not been slowed down even after the Second Karabakh war, on the contrary, these days, with the use of ICTs, a torrent of Anti-Azerbaijan propaganda is continued on various social media and platforms. The Armenian nationalists did not only satisfy with the destruction and falsification of the history of Azerbaijanis but also committed acts of genocide and war crimes against the Azerbaijanis in different periods of time using their communications and ties with political leadership. For years, such actions have remained a threat to peace and stability in the region for a long time.

"We are deeply concerned that the Government of Armenia ignores the international legal obligations, displaying irresponsibility of its institutions, non-respect for human rights and freedoms, and disregard for the Rule of Law principle.

"Mass destruction of civilians, endangering their lives and health, incitements to death through brutal and regular humiliated treatment of our citizens, their cold-52 blooded murdering, or deaths as a result of torture in the period of military aggression of Armenia against Azerbaijan once more prove the continuous hate policy against our people.

"As the Ombudsman Institution, we strongly condemn the hatred-based policy of Armenia that sows the seeds of hostility in the entire region and also call upon the relevant international human rights organizations and national human rights institutions to join their efforts to put an end to similar actions leading to the creation of new hotbeds of disputes," the report reads.