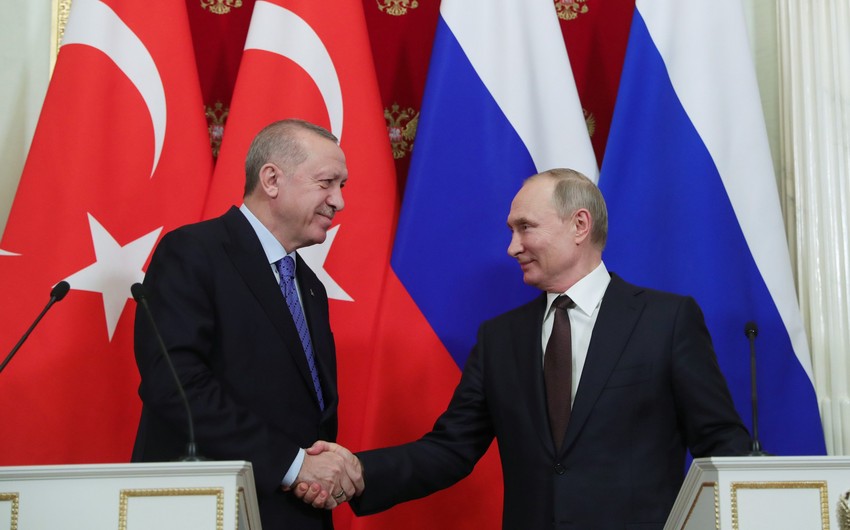 Putin informed Erdoğan about the trilateral meeting of Russian, Azerbaijani, and Armenian leaders in Moscow held on January 11.

According to the information, Putin and Erdogan also discussed the joint Russian-Turkish Monitoring Center, which will monitor the ceasefire and military activities in Karabakh.

Erdoğan supported Russia's efforts to resolve the Nagorno-Karabakh conflict and stressed the need for joint coordination between Turkey and Russia.

Notably, the joint Russian-Turkish Monitoring Center will be located in Aghdam.