Presidential aide: Azerbaijan returned bodies of 1,200 Armenian servicemen Azerbaijan maintains an open dialogue and communication with the Russian peacekeeping contingent, and its representatives of this contingent do their job professionally 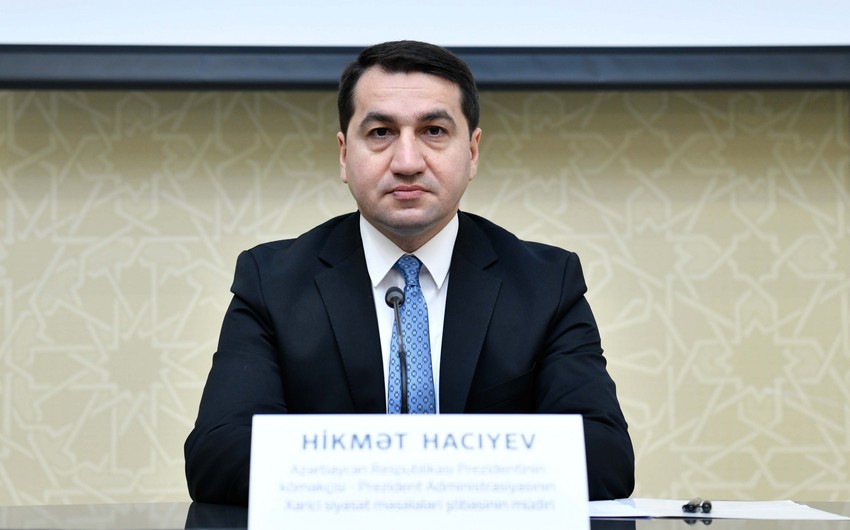 Azerbaijan maintains an open dialogue and communication with the Russian peacekeeping contingent, and the representatives of this contingent do their job professionally, Report informs, citing Hikmat Hajiyev, Assistant to the President of Azerbaijan and Head of the Department of Foreign Policy Affairs of the Presidential Administration.

Hajiyev was answering questions from the center and the audience during an event moderated by John Herbst, Director of the Eurasian Center under the Atlantic Council and former US Ambassador to Ukraine.

Hajiyev said that after the well-known statement on Karabakh was signed on November 10, as many as 62 armed Armenian nationals crossed the state border of Azerbaijan to attack the country’s positions and they even had some military equipment.

"These people are not prisoners of war, and they belong to a different category of prisoners. After signing the statement, Azerbaijan handed over to the Armenian side about 1,200 bodies of Armenian military," Hajiyev added.