President: Value of ammunition we destroyed and took as booty is $2.7 billion

President: Value of ammunition we destroyed and took as booty is $2.7 billion President of the Republic of Azerbaijan Ilham Aliyev gave an interview to the German ARD television channel on October 28.
190 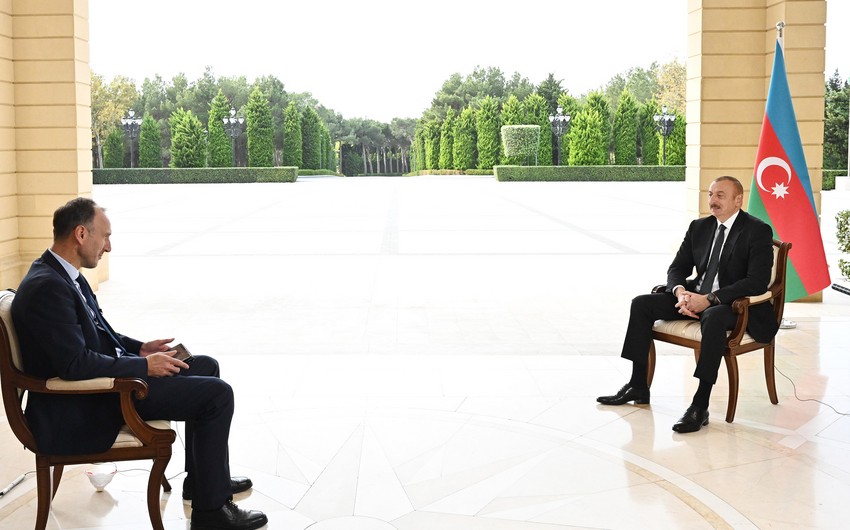 President of the Republic of Azerbaijan Ilham Aliyev gave an interview to the German ARD television channel on October 28. The journalist also asked the head of state several questions about the armament of Armenia from abroad.

Report presents that part of the interview:

- Two days ago, I heard on the radio that you asked Armenia where it got the money to wage this war. What is the answer?

- There is no answer; I have been asking this question for a month. We have made an initial calculation.

- It seems that a person who continually asks this question must have an answer in a sense.

- If I had the answer, I wouldn't ask. So I still ask, it means that I have not received a response. We made a minimum initial calculation of what we destroyed, and by the way, I did not disclose all that. It will be. The amount of ammunition we annihilated and took as a trophy is worth $ 2.7 billion. Where does this money come from? Armenia is a poor state. The country's budget is less than $ 2 billion, and its foreign debt is $ 8 billion.

- They are supported by Russia.

- Is that your opinion?

- This is an official. It's not a secret. Is there anyone else?

- Maybe, I don't know. So I demand a reply, but no answer. Therefore, I will continue to ask.