President of France: Nagorno-Karabakh conflict can only be settled through negotiations

President of France: Nagorno-Karabakh conflict can only be settled through negotiations "Peace must be the absolute priority" 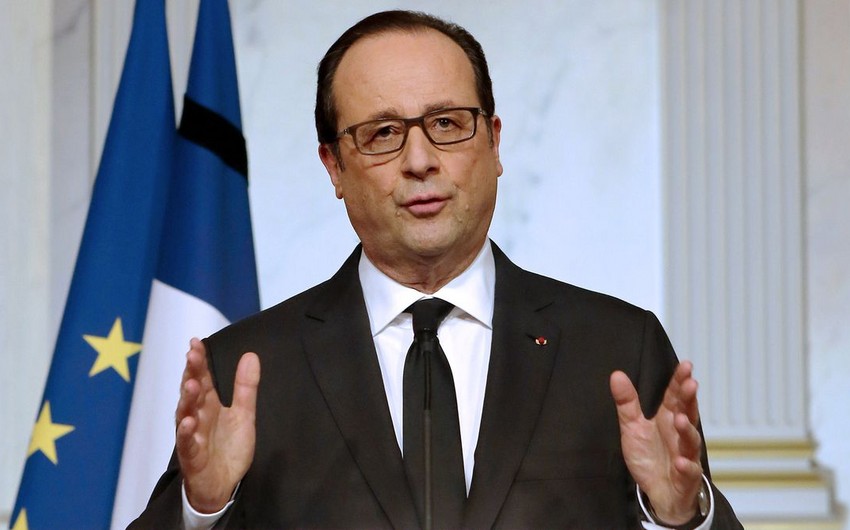 Baku. 3 April. REPORT.AZ/ Nagorno-Karabakh conflict can only be settled through negotiations, says President of France, Francois Hollande in an official statement, Report informs.

“The President of the Republic of France deeply regrets the grave incidents in Nagorno-Karabakh, near the Line of Contact which claimed many lives, including civilians.

These events are the most serious and deadly since the agreement reached in 1994, when the conflict had already taken the lives of 30.000 people.

The President urges both conflicting sides to exercise the utmost restraint and respect the total and durable ceasefire. Peace must be the absolute priority.

"There can be no other way than to negotiate. The President of the Republic of France, that hosted both Armenian and Azerbaijani Presidents in Paris in 2014, reaffirms his commitment to a peaceful settlement in the shortest possible time,” reads the Elysee Palace statement.