President: Next year we will celebrate the 270th anniversary of Shusha 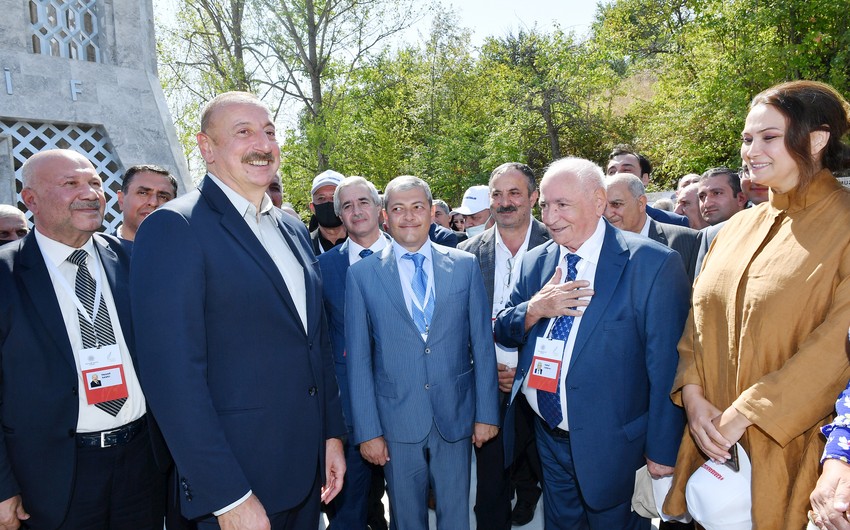 Shusha is an Azerbaijani city. The foundation of Shusha, as we all know, was laid by Panahali khan in 1752, and next year we will celebrate the 270th anniversary of Shusha," the President of Azerbaijan Ilham Aliyev said at the official opening ceremony of the Vagif Poetry Days, Report informs. citing AZERTAC.

Despite the occupation, Shusha managed to preserve the Azerbaijani spirit. Everyone who comes to Shusha can see this. Even in a ruined state, even during the occupation when it was vandalized, Shusha was able to preserve its spirit, its stature. It did not bend, did not break, and it waited for us. We had to come, and we did. We have come here as a victorious people. We did not come through negotiations, not as a result of any concessions made by Armenia, but by shedding blood, giving martyrs, showing self-sacrifice on the battlefield, restoring our territorial integrity, and restoring our territorial integrity, and restoring our national dignity.