President: Azerbaijan is already known worldwide as a center of multiculturalism 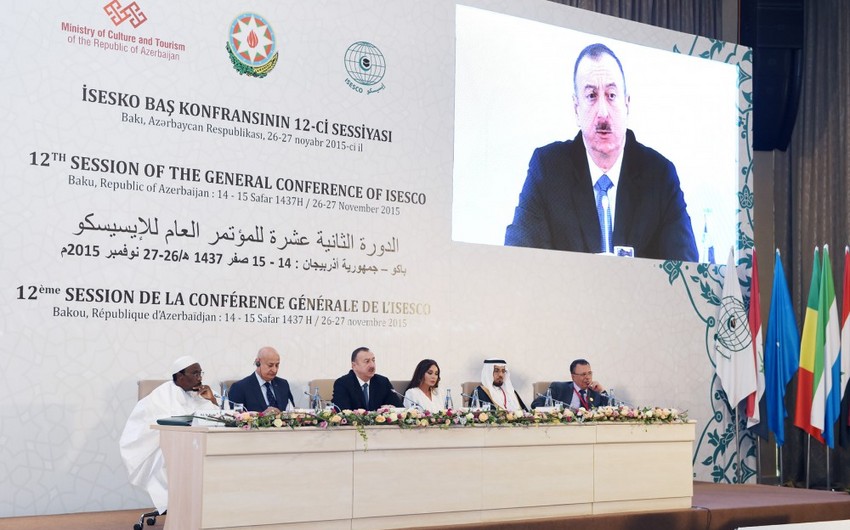 Baku. 27 November. REPORT.AZ/ President of Azerbaijan Ilham Aliyev has said the country is already known worldwide as a center of multiculturalism. “Azerbaijan has never has and, I am sure, never will have any confrontations on ethnic or religious grounds,” the head of state told the 12th session of ISESCO`s General Conference in Baku, Report informs.

“We strongly believe that multiculturalism has a great future. Some politicians and public figures should be more careful in their statements, because there is no alternative to multiculturalism. The alternative is discrimination, Islamophobia and xenophobia. This path can’t lead to the future.” “Therefore, our policies and initiatives seek to strengthen inter-religious relations in the region,” President Ilham Aliyev added.

President of Azerbaijan Ilham Aliyev also has said a regional center of the Islamic Educational, Scientific and Cultural Organization (ISESCO) will be established in Baku in the near future.

“The Azerbaijani state is taking all necessary measures to establish the center. I am sure that the center’s activities will play an active role in deepening the humanitarian cooperation and strengthening Islamic solidarity not only in the region but also throughout the Islamic world,” President added.