Political scientists: Armenia's impunity leads to more crimes The missile attack on Ganja is an attempt by Armenia to put pressure on Azerbaijan in the context of negotiations.
158 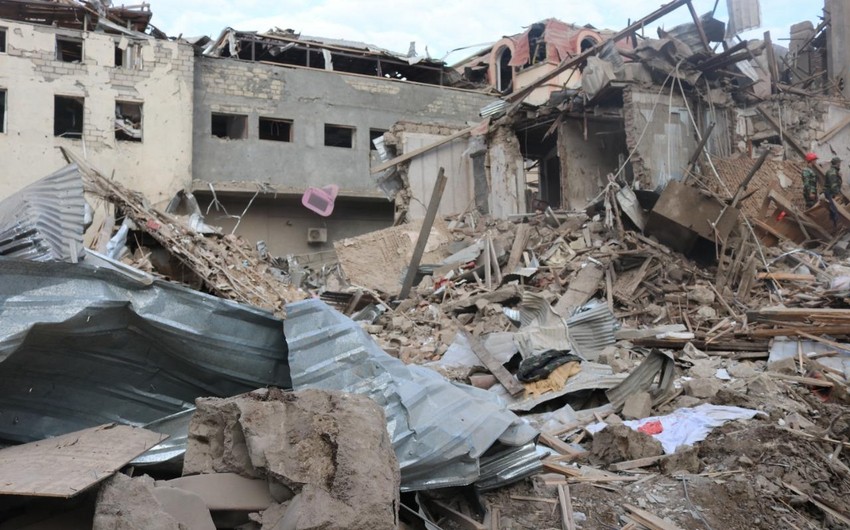 "The missile attack on Ganja is an attempt by Armenia to put pressure on Azerbaijan in the context of negotiations. Because in the end, Yerevan understands that Baku is serious about returning Nagorno-Karabakh and adjacent areas. They are trying to discourage the Azerbaijani people with missile strikes outside the conflict zone," Ukrainian political scientist Yaroslav Boyko, head of the Doctrine Center for Political Studies, told Report.

"The shelling of settlements is, in many ways, a hybrid method of war, which seeks to divide society within Azerbaijan and divert attention from the idea of returning the territories. On the other hand, the indifference of key regional leaders to such incidents only inflames the conflict," he noted.

According to Gleb Parfenov, a Ukrainian political scientist and head of the security policy department at the Doctrine Center for Political Studies, the shelling of Ganja should be seen as a violation of the Geneva Convention against civilians:

"It is clear that the Armenian forces deliberately fired missiles. They are inciting Baku to strike directly at Armenia. Because in this way, they want to involve third countries in the conflict within the framework of defense agreements. The shelling of peaceful cities in Azerbaijan is not the first case in the current escalation. Unfortunately, it will probably not be the last, unless diplomatic or force means affect Yerevan."