PACE co-rapporteur conveys condolences to relatives of victims of shelling in Fuzuli region Schennach: I am sharing condolences of OSCE Minsk Group co-chairs 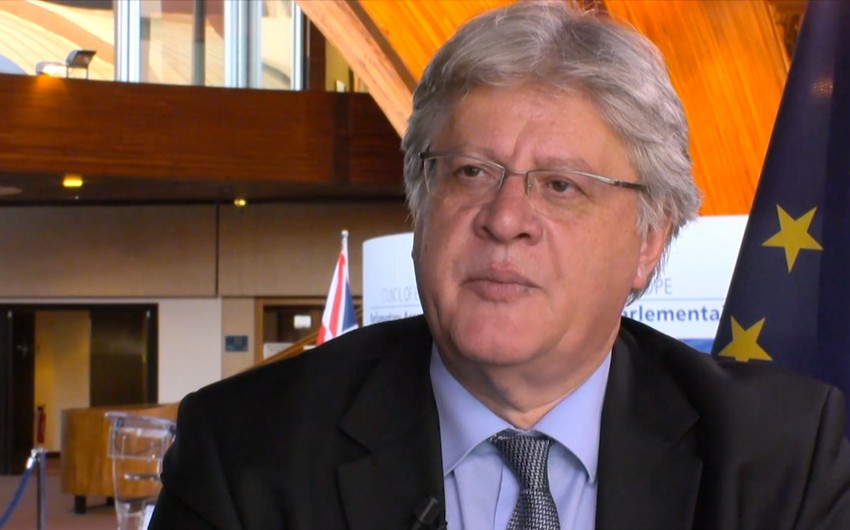 Baku. 6 July. REPORT.AZ/ Co-rapporteur of the Monitoring Committee of the Parliamentary Assembly of the Council of Europe (PACE) Stefan Schennach expressed his condolences to the relatives of the victims of Armenian shelling of Alkhanli village in Fuzuli region.

"I am sorry for the families of Sahiba Allahverdiyeva and Zahra Guliyeva who have died in the shelling. I am, as PACE co-chair for Azerbaijan, sharing the condolences of the OSCE Minsk Group co-chairs after the shelling of Alkhanli, "Sh. Schennach wrote.

Notably, on July 4 at 20:40 the Armenian armed forces subjected to fire Alkhanli village of Fuzuli region aiming to kill population and destroy property of citizens using 82 and 120 millimeter mortars and heavy grenade launchers. As a result of the provocation of Armenia, villagers Allahverdiyeva Sahiba Idris (born in 1966), and Guliyeva Zahra Elnur (born in 2015) were killed. Guliyeva Selminaz Iltifat (born in 1965), who has got fragment wounds as a result of the shelling, has been taken to military hospital and was operated on.