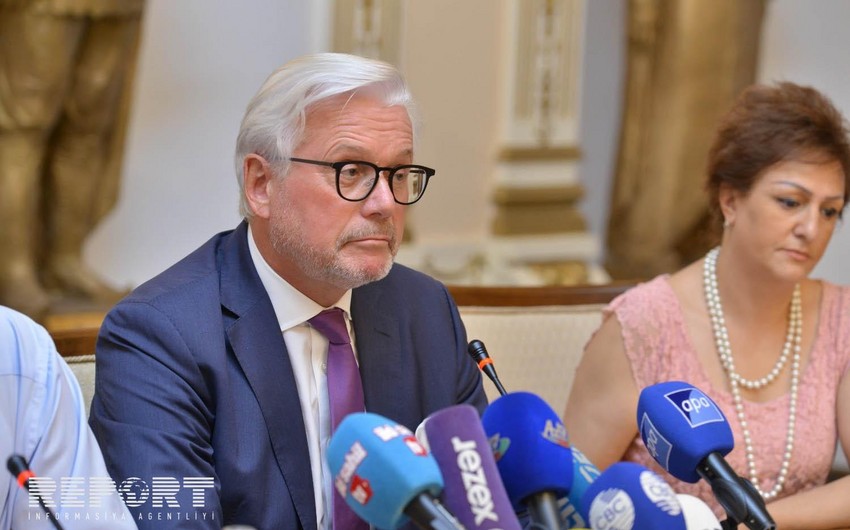 In his opinion, Armenian Prime Minister Nikol Pashinyan is under domestic political pressure from the so-called "Karabakh power cartel".

"Armenia must finally recognize that international law has a higher priority than the right of self-determination. Nagorno Karabakh is not recognized by any nation in the world, not even Armenia itself. Therefore I do not understand this illegal occupation, " he said.

According to him, the Armenia's tactics of attacking Azerbaijani cities far away from the front line is intended to provoke Azerbaijan to attack Armenian territory.

"With this provocation Armenia wants to cause Russia's entry into the war because there is an alliance between Russia and Armenia. These are acts of desperation of the Armenians. The bad is that people are dying. Armenia now has the chance to return the territories to Azerbaijan in order to establish peace, " Hauser stated.