Zannier: Exact time has come for political initiatives on Nagorno-Karabakh conflict "The international community should pay more attention to settlement of the conflict" 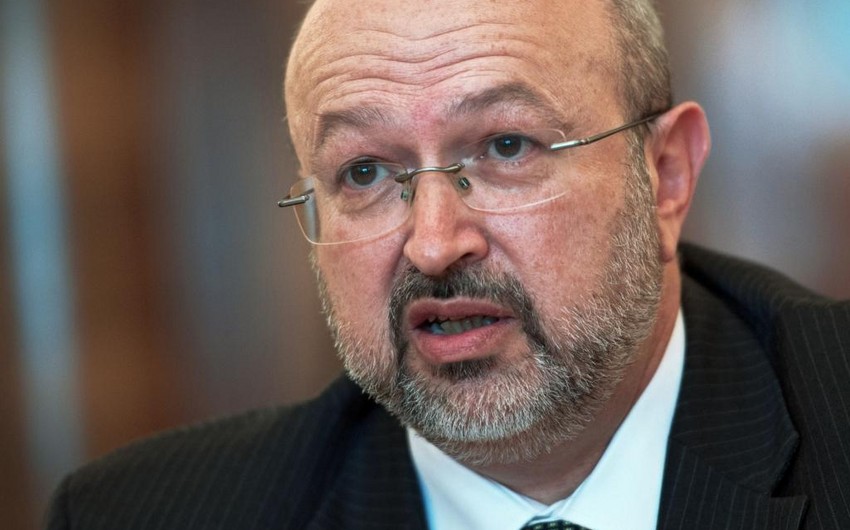 Baku. 12 October. REPORT.AZ/ "This is an exact time when the international community should pay more attention to the political settlement of the Karabakh conflict." Report informs Secretary General Lamberto Zannier told the reporters today at a joint press conference with Russian Foreign Minister Sergei Lavrov in Moscow.

He expressed concern about the incidents on the contact line and Armenia-Azerbaijan border: "The situation is quite explosive. What we are seeing now, there were several incidents, their character is alarming because it is fraught with instability in the region and on the border between Azerbaijan and Armeniey. It's necessary to focus political attention on this issue."

Secretary General stated that, in September in New York co-chairs of OSCE Minsk Group met with the foreign ministers of Azerbaijan and Armenia: "I think they are planning to hold another meeting, as well as planned meeting of the presidents", said Zannier.

He also noted the importance of developing a mechanism for investigating incidents on the contact line of troops: "We are monitoring the dynamics of development of events, it is a matter of concern, especially usage of heavy weapons. I believe, now it's the exact time for political initiatives to resolve this problem."