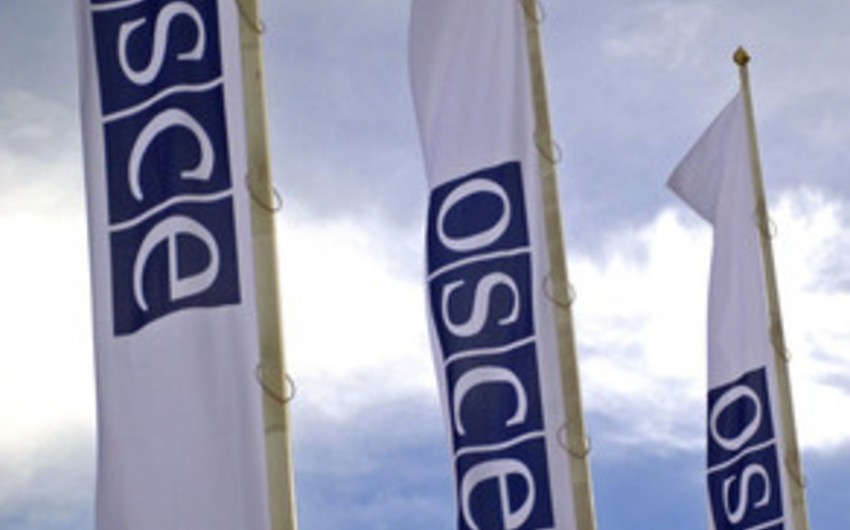 Baku. 19 June. REPORT.AZ/ The Co-Chairs of the OSCE Minsk Group have made a joint statement.

Report informs, Ambassadors Igor Popov of Russia, Stephane Visconti of France, and Richard Hoagland of the United States of America), together with the Personal Representative of the OSCE Chairperson-in-Office, Ambassador Andrzej Kasprzyk, traveled to the region in June. The main purpose of the Co-Chairs’ visit was to discuss the position of the Sides towards the next steps in the Nagorno-Karabakh peace process after the trilateral ministerial meeting in Moscow (28 April) as well as the overall situation in the conflict zone.

The Co-Chairs met with Armenian President Serzh Sargsyan in Yerevan (10 June) and with Azerbaijani President Ilham Aliyev in Baku (19 June). In both capitals, they also held consultations with the Foreign and Defence Ministers. The Co-Chairs traveled to Nagorno-Karabakh (12 June) to meet with the de-facto authorities, and visited a number of territories around Nagorno-Karabakh, including the Zangelan, Kubatly, Lachin, and Kelbajar districts. In Baku, they also met with the Azerbaijani community of Nagorno-Karabakh.

In their talks in Baku, the Co-Chairs expressed deep concern over the recent violations of the ceasefire, resulting in casualties on the Line of Contact, on the eve of their visit to Azerbaijan. They appealed to the leadership of Azerbaijan to avoid further escalation. The Co-Chairs are sending the same message to the leadership of Armenia and de facto authorities of Nagorno-Karabakh. They encouraged the Sides to consider measures that would reduce tensions on the Line of Contact and the international border between Armenia and Azerbaijan.

In both capitals, the Co-Chairs called upon the parties to re-engage in negotiations on substance, in good faith and with political will. They underscored that this is the only way to bring a lasting peace to the people of the region, who expect and deserve progress in the settlement of the conflict. The Presidents expressed their intention to resume political dialogue in an attempt to find a compromise solution for the most controversial issues of the settlement.

The Co-Chairs will travel to Vienna to brief the members of the Minsk Group on 3 July. They also plan to meet again soon with the Azerbaijani and Armenian Foreign Ministers to discuss modalities of the forthcoming work.