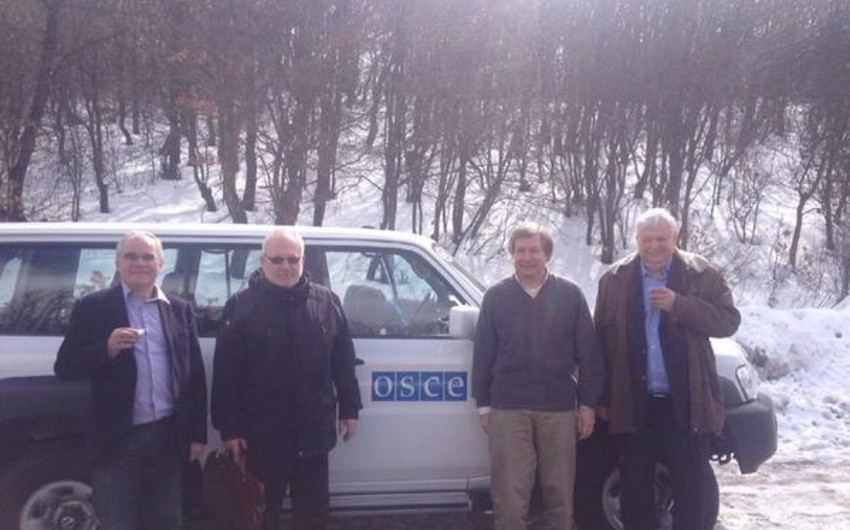 Baku. 20 February. REPORT.AZ/ The Co-Chairs of OSCE Minsk Group on settlement of the Armenian-Azerbaijani Nagorno-Karabakh conflict completed its visit to the region. Report informs US Co-Chair of the OSCE Minsk Group James Warlick wrote about this in his Twitter page. During the visit the mediators visited Baku on February 16, on February 17 - went to Yerevan.

The Co-Chairs discussed with the President, Foreign Minister, Defense Minister of the two countries further steps to resolve the conflict, as well as the situation on the contact line of the Armenian-Azerbaijani troops on the border.

It is expected that by the end of the visit the mediators will distribute another statement.