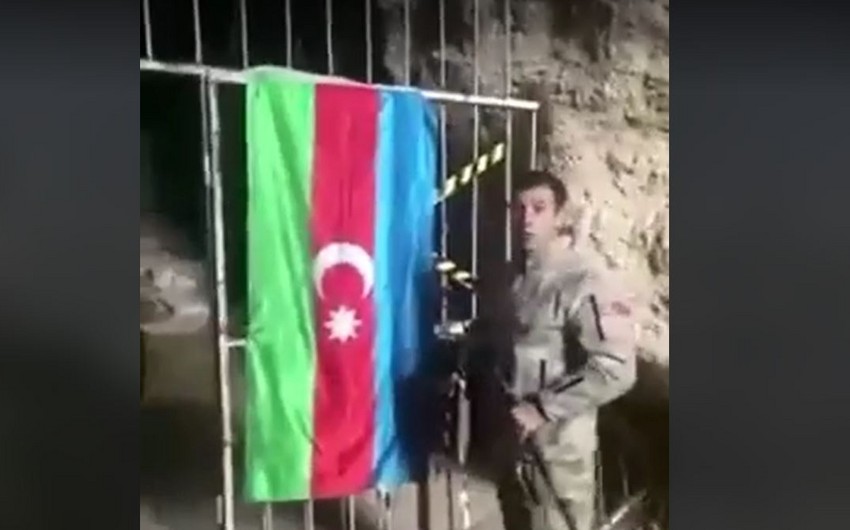 Soldiers of the Azerbaijani Army took pictures from the Azykh Cave.

Report informs, in video footage, serviceman demonstrated that Armenians were engaged in construction and excavation work inside the cave.

Notably, the Azykh Cave is a six-cave complex known as a habitation site of prehistoric humans. It lies near the village of Azykh in of .

On November 9, President of Azerbaijan Ilham Aliyev announced that the Azerbaijani Army had liberated the village of Azykh in the Khojavend region.