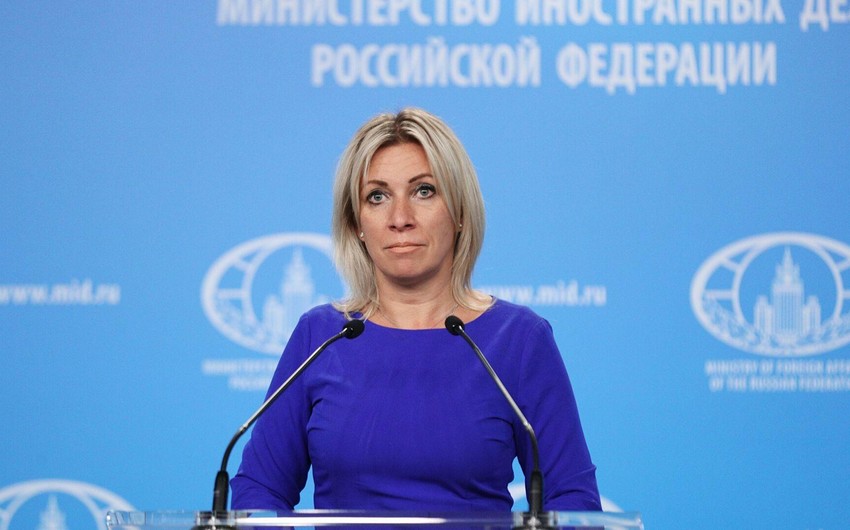 Expert subgroups will be created to resolve substantive issues at the joint statement of Russia, Azerbaijan, and Armenia on January 11.

Report informs that, an official representative of the Russian Foreign Ministry, Maria Zakharova, said at a weekly briefing.

She recalled that at the January 11 summit in Moscow, the three countries' leaders paid particular attention to discussing steps to build economic ties, unblock communications, and develop infrastructure.

"A separate statement was adopted in this regard. As you know, following the meeting, a trilateral working group was created under the co-chairmanship of the vice-premiers of Russia, Azerbaijan, and Armenia. It should be assembled by the end of this month. By March 1, a list and schedule of events will be presented involving the restoration and construction of new transport infrastructure facilities for organizing international transport. There is no doubt that the implementation of these issues will benefit both the Armenian and Azerbaijani sides. In general, in the South Caucasus region, the interests of all states will be ensured. "