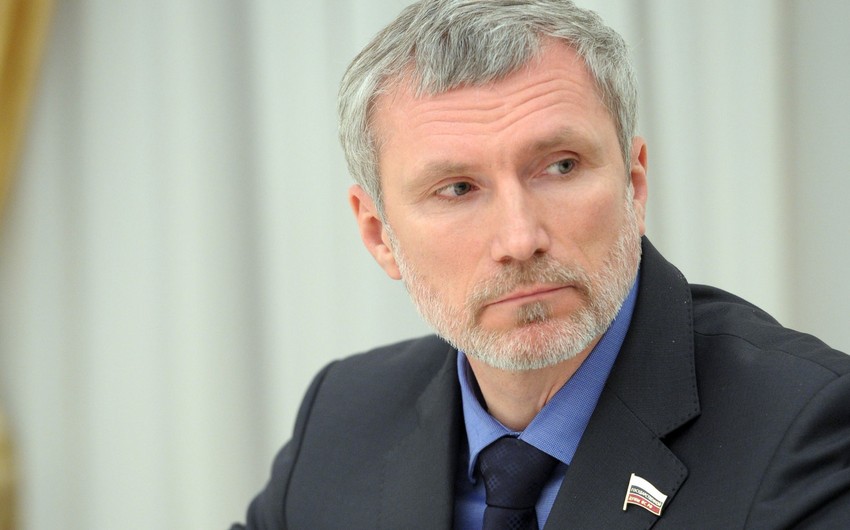 "I think many Armenians still share the ideas of Garegin Nzhdeh. Unfortunately, there is a monument to this man in Yerevan, and no one plans to demolish it. Garegin Nzhdeh is recognized as an accomplice of Hitler. I do not understand those people who are ready to worship him. It is quite a strange phenomenon for me, " Aleksey Zhuravlev, the deputy of the Russian State Duma, the chairman of the Rodina party, and the Congress of Russian Communities told the Russian Bureau of Report.

Earlier, the media reported that the monument to the Nazi collaborator Garegin Nzhdeh in Karabakh was dismantled.

The MP noted that Western culture, which also includes the Nazism of Hitler's Germany, is significant for the Armenian authorities: "At present, there are such traditions among some countries, including Armenia, which correspond to the Western model of culture. The ideas of Nazism in these states are much more important and acceptable. They are trying in every possible way to make it pleasant for Western Europe. For them, those who contributed to the arrival of Nazi Germany on the territory of the Soviet Union are heroes. They are part of some elites who rule in Armenia today."

Zhuravlev expressed hope that the monument will be demolished in Yerevan.

"It is insulting for people who went through the Great Patriotic War, for their grandchildren and sons, which is exactly how we perceive it, " the deputy concluded.