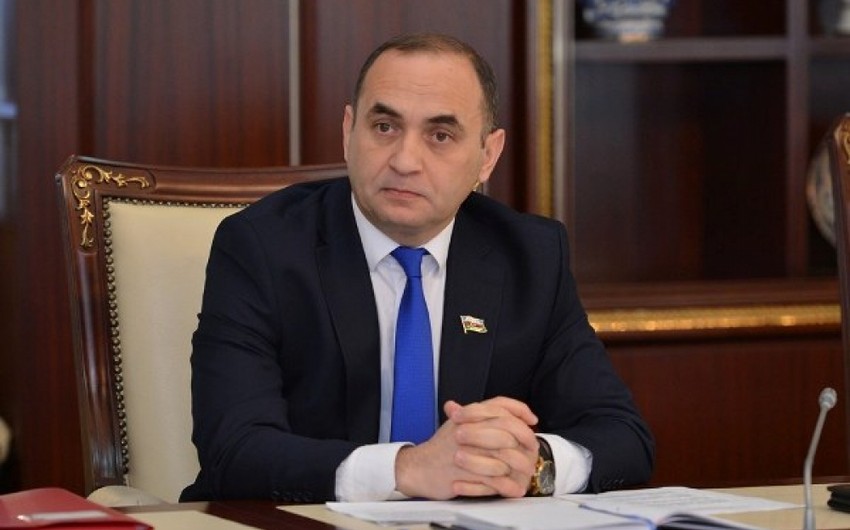 “Armenia committed many crimes against Azerbaijanis during the First Karabakh War. During the military aggression against Azerbaijan, Armenia openly and grossly violated many norms of international law, including the requirements of international humanitarian law. Instead of being protected under the rules of war, the civilians were taken hostage and, in most cases, killed. Captives and hostages were killed after unimaginable torture, and their bodies were not even handed over to the Azerbaijani side in order to hide traces of torture,” MP Jeyhun Mammadov told Report.

According to him, this is the scale of the Armenians’ crimes and the crime of genocide against Azerbaijanis.

The MP said that these are not all the crimes committed by Armenians: “Along with humiliating and insulting Azerbaijani captives and hostages in front of civilians so as to increase the hatred, Armenians forced them to turn into a tool of anti-Turkish, anti-Azerbaijani propaganda, and appear on various TV channels and give interviews against their country. Moreover, they used Azerbaijani captives and hostages as slaves in demolishing historical monuments, cemeteries, houses, and office buildings in the occupied settlements and harmful industries. In other words, there are many facts about their vandalism.”

Mammadov said that the Azerbaijani hostages were forcibly involved in cooperation with Armenian special services and incited to commit terrorist acts against Azerbaijan: “The Armenian side must know that it will answer for its atrocities. As we won the victory in the Great Patriotic War, we will soon restore justice too. As President Ilham Aliyev said, not only is Armenia responsible for these crimes, but international organizations bear responsibility because of their silence while Armenia committed these crimes, shed blood of many Azerbaijanis. International organizations should impose sanctions on Armenia as soon as possible. Otherwise, the Armenian savagery will last for many years.”