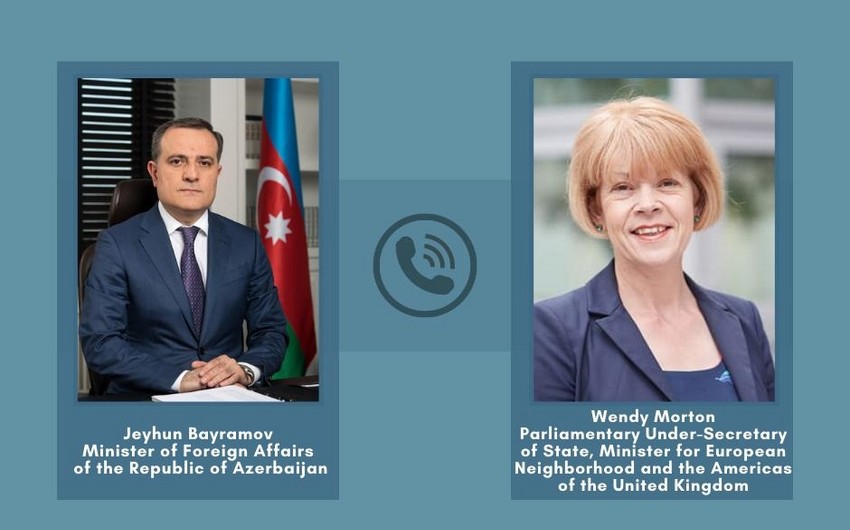 On October 28, 2020, Foreign Minister Jeyhun Bayramov had a telephone conversation with Wendy Morton, Parliamentary Under-Secretary of State, Minister for European Neighborhood, and the Americas of the United Kingdom.

Minister Jeyhun Bayramov informed his interlocutor on the deliberate targeting of the Azerbaijani civilian population in gross violation of the agreed ceasefire for the third time and the norms of international humanitarian law. He stressed that Armenia’s missile attacks at the Barda city situated far away from the conflict zone constitutes a war crime and crime against humanity.

Minister emphasized that Armenian leadership bears full responsibility for the heinous attacks against the peaceful population of Azerbaijan.

In her turn, Wendy Morton expressed deep concern over the civilian casualties, noted the inadmissibility of attacks against civilians, and stressed the importance of decreasing tensions in the region.