Military expert: Demined areas also might be dangerous "In fact, significant progress has been made in both the media and society in terms of spreading military information during and after the Great Patriotic War. However, there are still groups of people who do not understand some issues," Chairman of the A 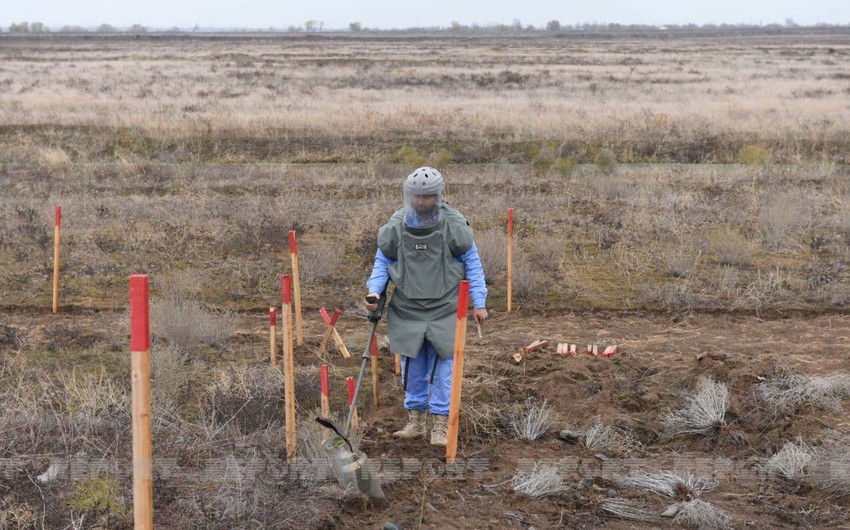 "In fact, significant progress has been made in both the media and society in terms of spreading military information during and after the Great Patriotic War. However, there are still groups of people who do not understand some issues," Chairman of the Azerbaijani Union of Military Journalists Tamkhil Ziyaddinoghlu said, Report informs.

"The issue of mined areas is two-sided. The fact is that, after 30 years of yearning, people are impatient to see their ancestral lands. But this sometimes leads to unfortunate consequences. During the trip to Sugovushan, we were accompanied by a guide. Some, unfortunately, were negligent. As I said, sometimes emotions prevail," he said.

Ziyaddinoghlu stressed that the media has an essential role in this matter: "Our media fulfills its obligation. But, as they say, repetition is the mother of learning. Awareness-raising activities and calls must be continuous. This issue should be an integral part of the military-patriotic topics. Because the enemy does not stop. It is crucial to keep in mind that there is danger even in demined areas. For example, two of our journalists, Siraj Abishov and Maharram Ibrahimov, were martyred in the repeatedly inspected areas. It is necessary to be as cold-blooded as possible to avoid emotions. After the required work is done, including the demining of the territories, each of us will go to Karabakh easily and see our lands."

A retired colonel, military expert Ibrahim Rustamli said the threat was quite serious: "Mine is very dangerous ammunition. According to the latest ANAMA (Mine Action Agency) data, 51 percent of mine victims are citizens crossing into prohibited areas. Twenty-six percent of such accidents are caused by leaving cleared areas. It should be a signal to our people. Our citizens must pay attention to the calls of law enforcement agencies, as well as warning signs. Otherwise, they may lose their lives."

According to Ibrahim Rustamli, one of the key points now is to exercise restraint: "I appreciate the craving and passion of our citizens for the homeland. However, this should not end in death. So we have to be patient. Our state is interested in clearing the area of mines shortly. Infrastructure for life is being restored there. We have been suffering serious losses since the 1980s and 1990s. At least, let's not lose during the current ceasefire. My call to our people is to be careful, not to ignore the warning signs. Today, about 120 million mines are buried around the world. About 70 people are killed by landmines every day. One in three of them is a child. Let's not be one of those victims. Let's protect ourselves for the future of our state.”

Over the past year, about 180 people have been killed by mines in the liberated lands. This necessitates the intensification of activities to raise awareness, including broadcasting programs on television with the participation of military experts. Pupils and students should also be given the necessary knowledge regarding the matter.