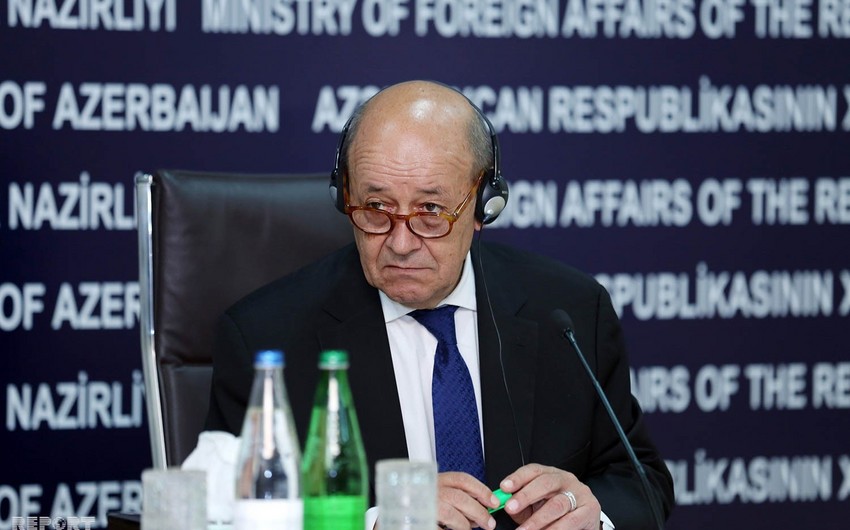 The foreign minister decisively stated that France has nothing to do with the separatist regime in Nagorno-Karabakh:

"This is due to the fact that our work is fair and it also stems from our commitments to international law. Therefore, we have monitored the situation in order to ensure that the local authorities of France take legitimate steps to address this issue."

According to him, France, as a friend of Azerbaijan and Armenia, continues to mediate for the soonest and negotiated settlement of the Nagorno-Karabakh conflict and further strengthens its efforts: "The French co-chair of the OSCE Minsk Group, Ambassador Stephane Visconti works very closely. He visits the region with Russian and American colleagues, in the Nagorno-Karabakh region, closely studying the situation and negotiating with the people. The French President and the Government are timely informed about his visits and results."

Notably, President of the Friends of Azerbaijan Association (FADA) Francois Mansell, in his letter to President Emmanuel Macron, expressed his concern over the Nagorno-Karabakh conflict and recommended to pay attention to the genocide committed in 1992 in Khojaly, Azerbaijan. 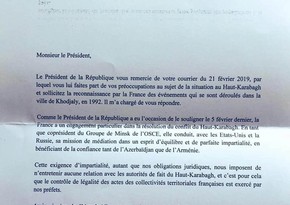 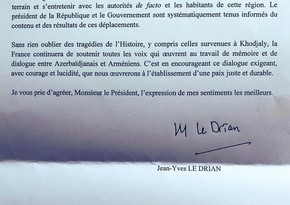