Medal of the martyr lieutenant handed to his son - PHOTOS

Medal of the martyr lieutenant handed to his son - PHOTOS In Lankaran, the hometown of Igbal Ahmadov, was celebrated his 35th anniversary 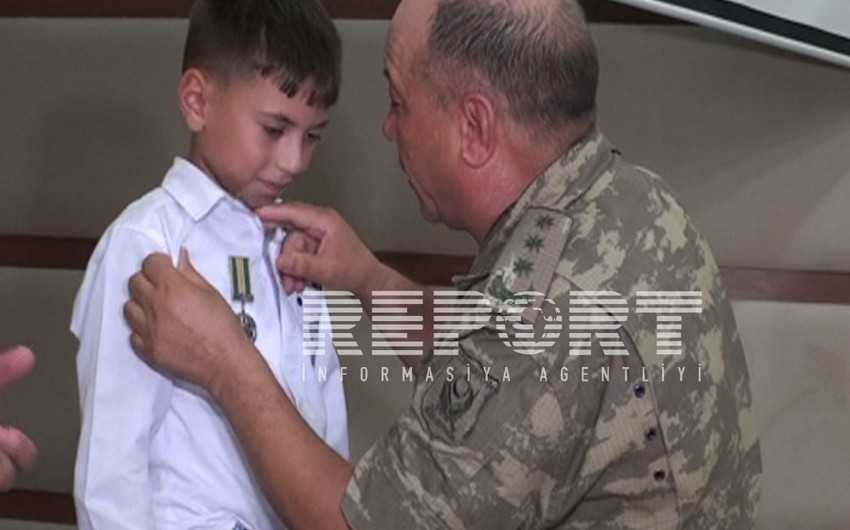 Report informs, commemoration event launched under the joint organization of the and the Executive Power of Lankaran city started with a visit to the grave of martyr in the village of Ashagi Nuvadi in Lankaran. The event, which passed in Heydar Aliyev Center, was attended by senior officials of the district, a deputy from Lankaran Hadi Rajabli, family members and relatives of martyr, officers and soldiers.

Deputy Head of the Moral and Psychological Training and Public Relations of the Ministry of Defense, Colonel Abdulla Gurbani handed the family of the martyr the medal "For Distinction in Military Service." 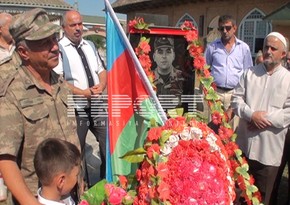 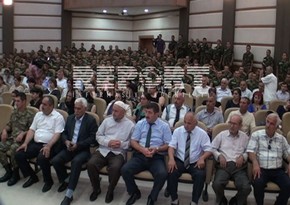 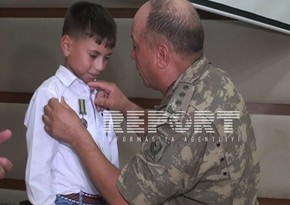 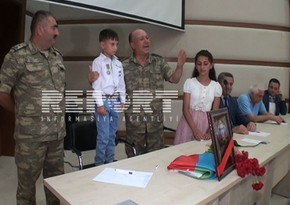