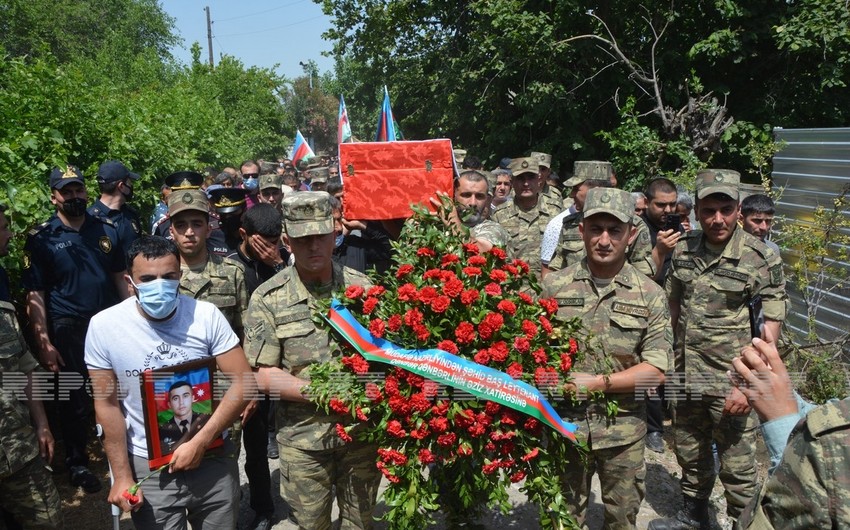 Senior lieutenant Ganbar Ganbarli, a serviceman of the Azerbaijani Army killed in the Patriotic War, has been buried.

According to Report's Karabakh bureau, the deceased was buried in his native village of Kangarli, Tartar region.

The funeral of the martyr was attended by the head of the Tartar District Executive Power Mustaqim Mammadov, heads of law enforcement agencies, soldiers, and officers of the military unit where the martyr served, public figures, and villagers.