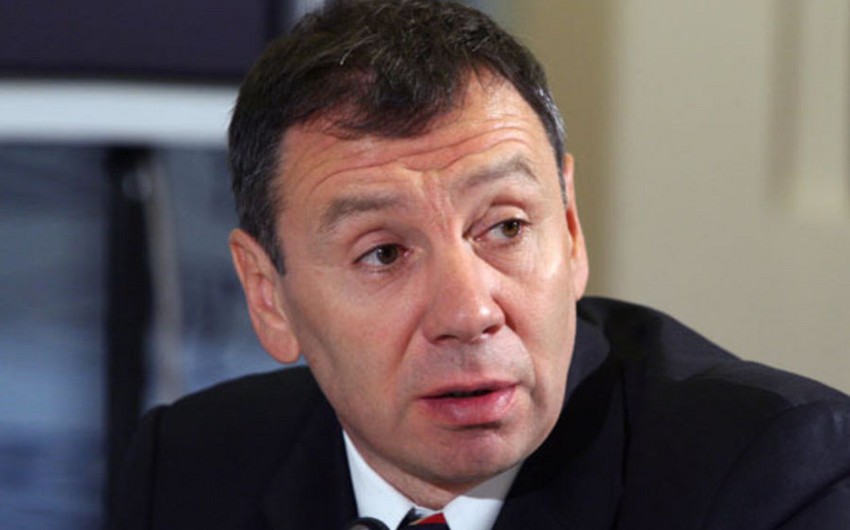 By creating a strong and stable political system, economy, and powerful army, Azerbaijan has ensured its historic victory in the Second Karabakh War, Russian political expert, and director of the Center of Political Studies Sergey Markov told Report's Russian bureau.

"For Azerbaijan, the last year's tripartite agreements were the result of the victorious war. Within twenty years, official Baku made a lot. First of all, the Azerbaijani government created a strong and stable political system. Second, a strong economy was created on the basis of this political system. And then, based on the strong economy, a strong army was created which gained the historic victory in the Second Karabakh War within a short period," the Russian expert said.

He noted that the thoughts inside Armenian society became the main obstacle to signing a full-fledged peace treaty with Yerevan.

"Armenian society did not reconcile with this defeat. This is what prevents Pashinyan from fulfilling the provisions of the agreement. The issue of transport communications and handing over the map of minefields is on the agenda. The President of Azerbaijan said that the maps are only 25% accurate and not all of them had been handed over."

According to the expert, Russia is doing everything necessary to resolve the situation in Karabakh and voiced hope that it will continue its efforts and attempts.

"I hope Russia will continue doing everything possible in the same spirit albeit tougher in relation to the Armenian side," the expert said.