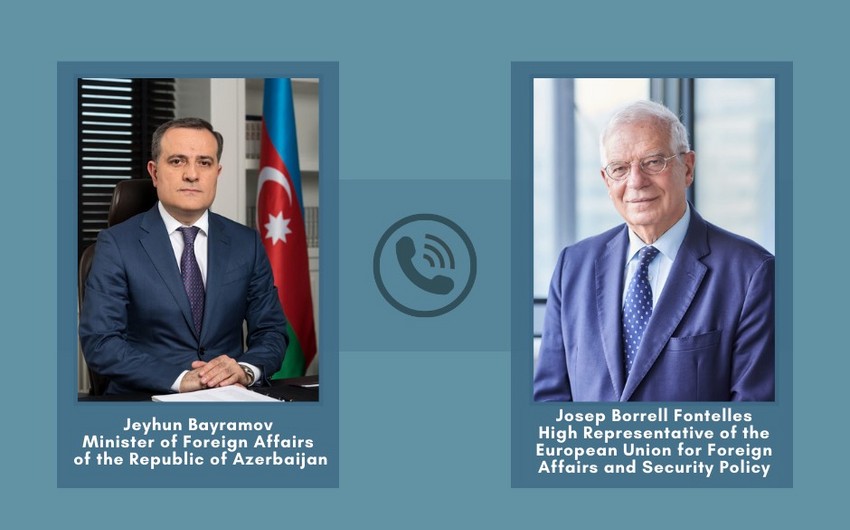 On October 4, 2020, the Minister of Foreign Affairs of the Republic of Azerbaijan Jeyhun Bayramov had a telephone conversation with Josep Borrell, the High Representative of the European Union (EU) for Foreign Affairs and Security Policy, MFA told Report.

Minister Jeyhun Bayramov informed the EU High Representative on the latest increased tensions in the region. He stressed the deliberate targeting of the civilian population and infrastructures by the armed forces of Armenia, including the rocket shelling the second largest city of Azerbaijan Ganja from the territory of Armenia. Informing his interlocutor on the causalities, Minister noted that till now 24 Azerbaijani civilians were killed and 111 injured as a result of shelling by Armenia. It was underlined that all responsibility for escalation lies with the leadership of Armenia.

Josep Borrell said that the increase of tensions in the region causes serious concern.

Minister Jeyhun Bayramov highlighted the importance of obeying the norms and principles of international law, including the international humanitarian law, as well as the implementation of the related UN Security Council resolutions.