Ivan Sascha: Azerbaijan's advancing forces created a new reality In recent months, the world has been reminded of both the instability and the strategic importance of the Southern Caucasus.
360 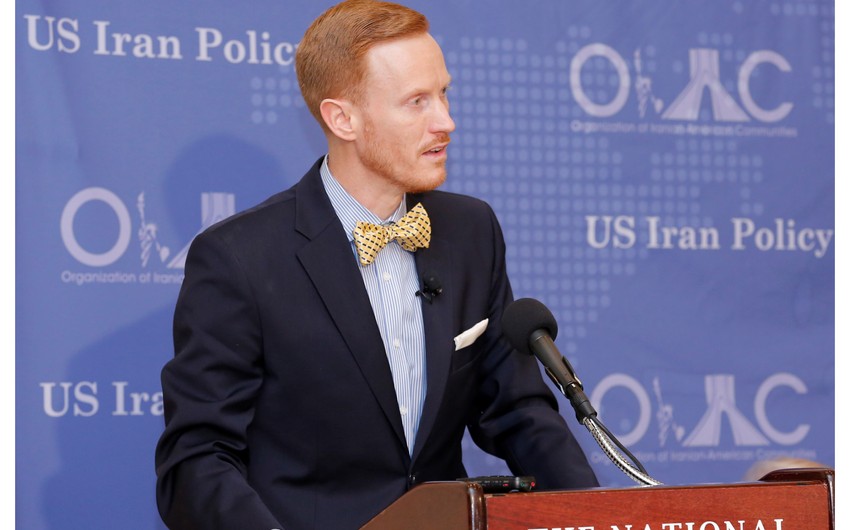 World powers have wrestled with the problem of Nagorno-Karabakh for decades but have never applied sustained pressure to achieve a breakthrough. Net result: zero progress. Under these circumstances, it was perhaps inevitable that the dispute between Azerbaijan and Armenia would be settled on the battlefield, not the conference table. Such is the outcome of last week's historic peace announcement, writes .

The broad outlines of the current peace arrangement are clear. Azerbaijan regains its sovereign territory. Armenian occupying forces withdraw behind their international border. An international peacekeeping force moves in. And the UNHCR will supervise the peaceful return of as many of the 700,000 Azerbaijani refugees from Karabakh who choose to exercise this right. This is almost line in line with the terms laid down over a decade ago by the OSCE's Minsk Group.

Justice has been served. But the international community should be ashamed that it required bloodshed to reach this point. Mainly when concerted international diplomatic pressure could have achieved the same result.

Azerbaijan's advancing forces created a new reality on the ground, as Armenian troops pulled back from the territories they had occupied for over a generation. While the Armenian government screamed genocide, the Azerbaijani population claimed liberation. The liberation of territories universally recognized as Azerbaijan's was evident to objective analysts. But while cries of ethnic cleansing now appear farfetched, the path to peace seemed neither straightforward nor easy.

The stakes today are high: with the regional powers of Turkey (pro-Azerbaijan), Iran (pro-Armenia), and Russia (historically leaning more towards Armenia but in the current conflict less warm) concerned, stabilization and peace are matters of global importance. And the potential peace dividend in regional and global economic terms is substantial.

There is one unexpected detail of the terms negotiated this morning in Moscow. Those with long memories will recall Cyrus Vance. He served as US Secretary of State in the 1990s when international diplomatic efforts to find a solution to the Karabakh Question first began. Vance attempted to gain ground for a plan drafted by a creatively-minded US political strategist, Paul Goble. The "Goble Plan" took into account a problem shared by both Armenia and Azerbaijan, related to what both parties perceived to be stranded pockets surrounded by the other's territory.

Nagorno-Karabakh, a region of Azerbaijan, has a large ethnic Armenian population, yet but no land border with Armenia. Meanwhile, Nakhchivan, an autonomous republic with an Azerbaijani population, is similarly cut off from Azerbaijan's main body, bordered mainly by Armenia and Iran, with a small slip with Turkey. Goble proposed land corridors for both sides, creating a passage for logistical supplies and safe human movement from Armenia to Karabakh and Azerbaijan's main body to Nakhchivan.

Long condemned to gather dust on a shelf, these ideas have suddenly come back to life. Agreement on provision for both corridors is written into Monday's joint statement from Armenian PM Pashinyan, Azerbaijani President Aliyev, and Russian President Putin.

Exactly what forms these corridors will take remains to be seen. Terrain permitting, rail links seem to be a sensible way forward: Azerbaijan has proved its competence at constructing new rail systems with the recently opened Baku-Tbilisi-Kars line. But the pragmatism behind the corridor agreement suggests real hope for the economic collaboration needed to cement the peace.

In recent months, the world has been reminded of both the instability and the strategic importance of the Southern Caucasus. Sandwiched between Iran to the South and Russia to the North, it's a strip of land which forms a natural "middle way" land bridge between Asia and Europe. Through this strip pass, the new rail link and oil and gas pipelines mainly carry fuel from Azerbaijan's fields in the Caspian, one of Europe's primary energy sources.

A key staging post on both the ancient and the 21st century Silk Roads, this region should be one of the world's economic hotspots, able to share and profit from its trading position on the map and its natural resources.

The international diplomatic community has failed in this region: now the time has come for the global investment community to repair that wrong.